I have a Process Builder on Opportunity that calls a flow to send an Email Receipt. Currently I have two Process Builders that call the same flow, but only one Process Builder will actually use the flow. I have tested the flow with both record types, and it successfully runs the record in debug mode for both types and sends the email that corresponds to the opportunity type.

However OppRecordType 1 will send during a end to end test, but OppRecordType 2 will do everything its processbuilder except start the flow. I know that my logic is correct, because I have in both Process Builders an update record action that will update the opportunity. Immediately after this update, the record should enter the flow. Anyone have any ideas? 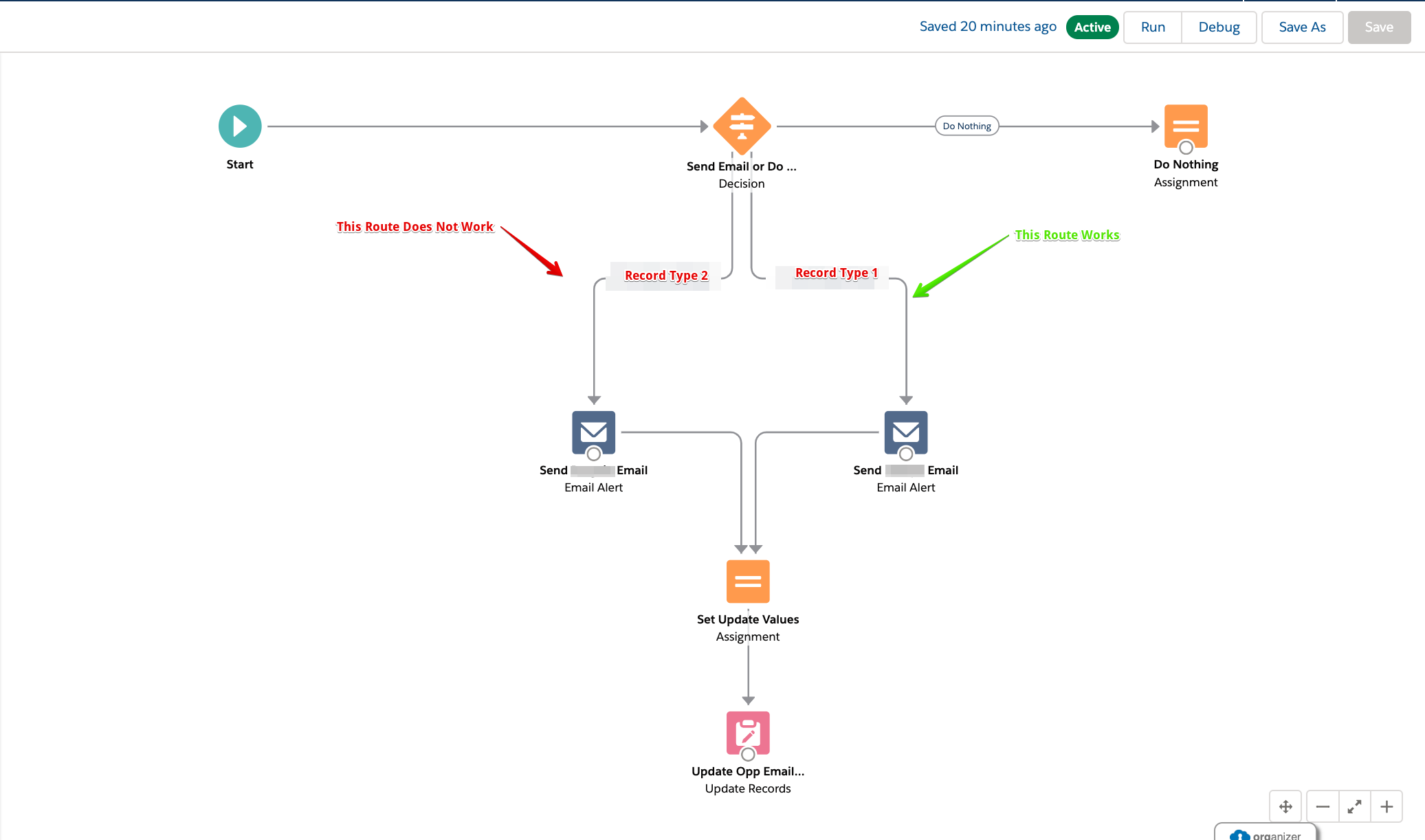 When I had started this flow. It was working because i was only testing a single record type (RecordType1) and had a variable in the flow to capture it (CurrentRecordVar). However Because this flow needed to handle 2 record types I needed an additional record type variable to handle RecordType2, I called this RecordType2Var and made it available from the other Process BUilder that works on this record type. Additionally, I needed to add another update element (see Screenshot below) to complete the flow of the RecordType2Var.

The issue was not enough variables in the Flow. I had a single variable to handle two different record types. When I added a second Element for updating and an additional variable for the other record type, I was able to run the flow from the Process Builder with no issues. 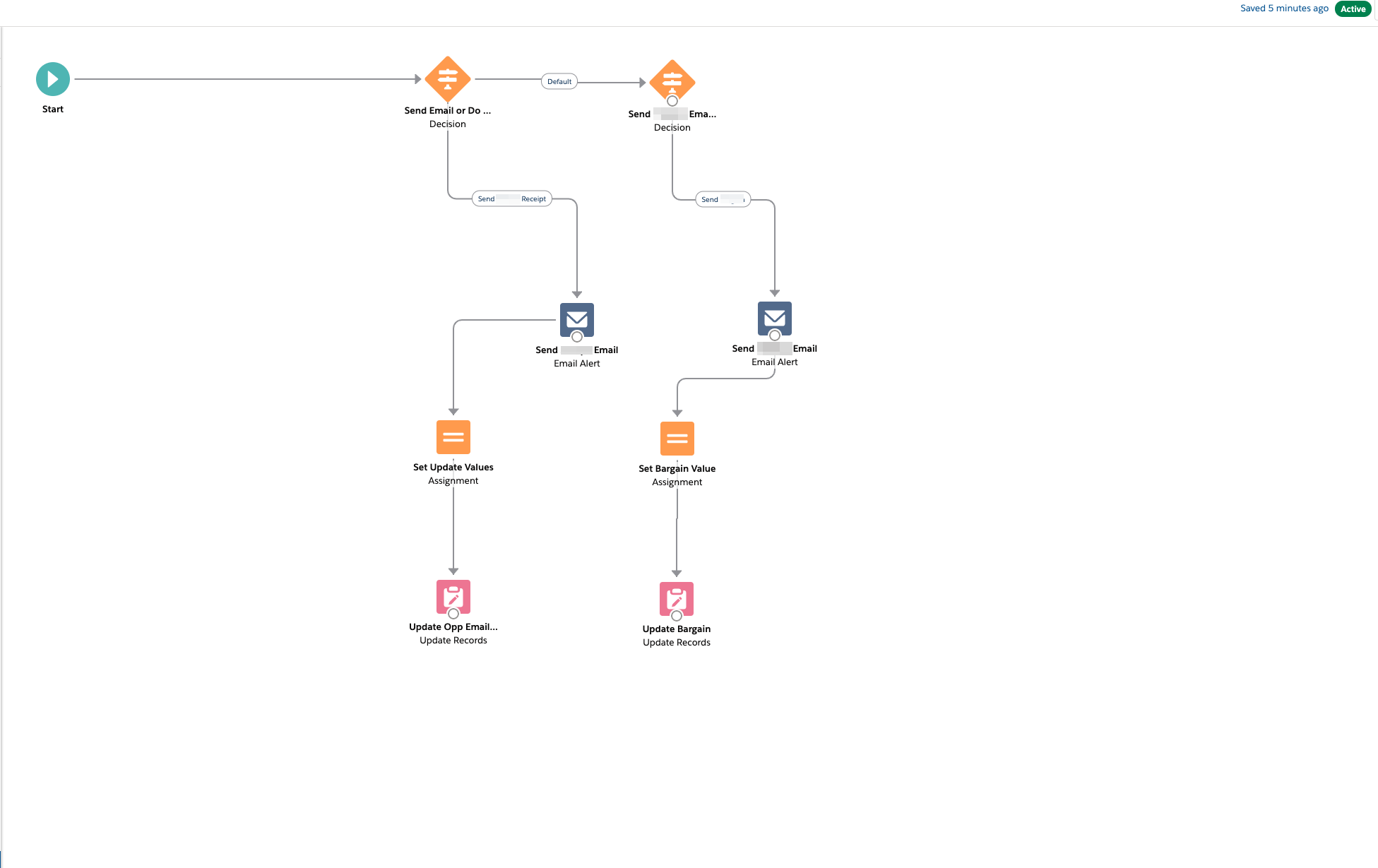 Not the answer you're looking for? Browse other questions tagged process-builder visual-workflow or ask your own question.