I have been through tons of documents, searching the web I came across some resources but it hasn't really helped me.

I want to know how to ship an Angular and a React application (step by step) to Salesforce in VF and Lightning (using Lightning Container?).

The ones that I have seen on the web look like they'll fail security review. I tried using lightning:container to build an aura component: 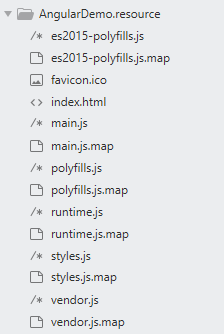 When I viewed the component in Lightning I received the following error:

Refused to load the script '' because it violates the following Content Security Policy directive: "script-src 'self' chrome-extension: 'unsafe-eval'

Does this mean we can't use React or Angular in Lightning? Can someone guide me to a proper resource?

Christophe Coenraets has published a detailed blog on the subject:

Not the answer you're looking for? Browse other questions tagged lightning angular react framework or ask your own question.

11
AngularJS 4 on Visualforce Pages (or in Lightning Components)?

2
SLDS css stylesheet not found
1
Embedding Tweet on Lightning Component
1
Error loading Paypal Expresscheckout javascript
0
Lighting:container - Refused to load the script 'https://www.youtube.com/iframe_api' because it violates the following Content Security Policy
2
Lightning does not allow to download a video
0
Sandbox not working. Error: Sorry to interrupt: force:showPanel
1
Unable to render an aura component using "lightning:container" in a visual force page
1
CSP Issue when trying to bring in a React app to a lightning container