I've already looked at the existing questions and made sure of the following:

I've tried deploying it by the directory and by a zip of the directory. The same package.xml can be used to retrieve items from ORG via the VSC UI fine. I've only been able to find a bug from 2015 about this issue. Here's a picture of the attempts: 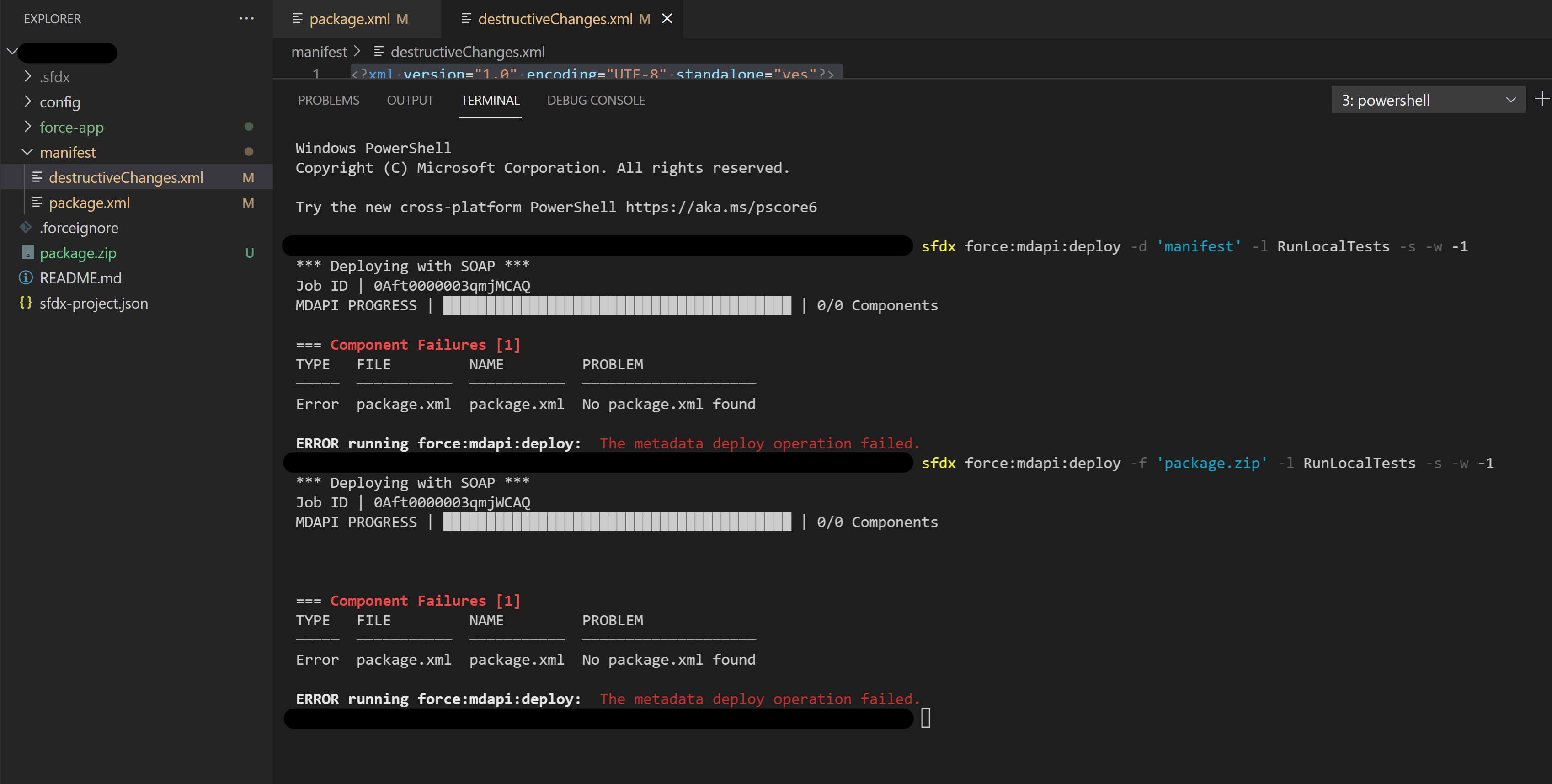 Is there anything I'm missing/overlooking? Did I format the command improperly? Any advice would be appreciated.

This doesn't appear to be a problem in the latest version. I've tried the following:

Both worked out well, and deleted the file in question. I also tried it with and without the normal XML header:

Absolutely nothing I've tried has resulted in this error.

It might just be a problem with how PowerShell works, or maybe you have a space in your file path (e.g. C:\Users\Brian Fear\workspace has been known to cause problems in some commands/versions).

The only real suggestion I have is to try and move your project to a space without spaces, such as C:\workspace\myproject\.

Not the answer you're looking for? Browse other questions tagged vs-code package.xml mdapi mdapideploy or ask your own question.

2
force:mdapi:convert duplicate files
1
Deployment to Production Org using VS Code
2
How to diff metadata from Github with my managed package
1
Deploying mdapi and source to org is failing with “Unexpected file found in package directory”
1
When is it correct to use a <fullName> tag in a package.xml? What is the benefit of 'naming' an unmanaged package?
0
SFDX: Move from Changeset Deployment to Org Development Model
6
How do I successfully Deploy a Configuration Component for a Platform-Event Trigger to Override the Automated Process User?
1
Can't connect cloned repo to sandbox in VS Code