Can a master-detail relationship be added to an object deployed in managed package?

I have been trying to find out how adding a new master-detail field to a released object (Object released in SF Managed Package), would impact the upgrade process.

As far as adding master-detail relationship to an existing object is concerned we would normally add the field as lookup, populate the values in all data and then convert the field to master-detail.

Do we have to follow a similar approach for package release ?

I have searched for the impact of adding Master-detail relationship in the ISV guide but with no luck.

Any help would be greatly appreciated.

Found an answer to my own question.

Looks like it isn't possible to add a master detail relationship to an object previously released in a managed package.

I did the following:

a. Created a new managed release package in a SF org with a single object

b. Tried to add a new master detail field on the released object and got the following error.

Edit: I tried an alternate approach where I added the master-detail relationship field as lookup in an intermediate release. 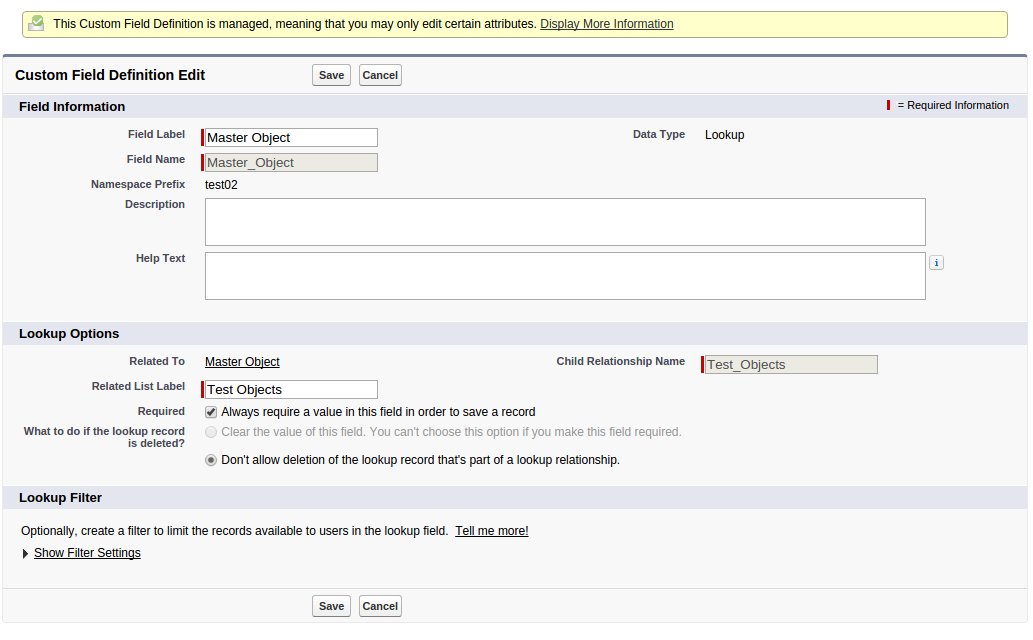 Not the answer you're looking for? Browse other questions tagged master-detail isv or ask your own question.