I want to retrieve File Ids for which new entry has been added or removed from child ContentDocumentLinks relation. Following is the parent to child relationship query I made for retrieving Ids, title and child records of all ContentDocuments using Admin token.

Is there any way to detect that a new entry has been made or removed from ContentDocumentLink object for each ContentDocument. Triggers are not allowed on ContentDocumentLink object else it would be an easy cookie to crack. Whereas while experimenting on ContentVersion Triggers, it turns out sharing with an entity(example User, record, Group) initiates after update trigger, sharing with a public link or internally with the entire company doesn't initiate the same after update trigger.

The following is said about ContentDocumentLink:

Use this object to query the locations where a file is shared or query which files are linked to a particular location. For example, the following query returns a particular document shared with a Chatter group:

• You can't run a query without filters against ContentDocumentLink.

A SOQL query must filter on one of Id, ContentDocumentId, or LinkedEntityId.

• Users (including users with the “View All Data” permission) can only query files they have access to, including:

◊ All Salesforce CRM Content files in libraries they're a member of and in their personal library, regardless of library permissions (API version 17.0 and later).

◊ All Chatter files they own, posted on their profile, posted on groups they can see, and shared directly with them (API version 21.0 and later).

• For API version 25.0 and later, creation and deletion of ContentDocumentLink objects with a LinkedEntityId of types User, CollaborationGroup, or Organization are supported via the API.

• For organizations with the Communities pilot enabled, a document can only be shared with users and groups that are a part of the community the file was created in.

Here's some of what you'll find under ContentVersion:

• Use this object to create, query, retrieve, search, edit, and update a specific version of a Salesforce CRM Content document or Chatter file. Use the ContentDocument object to retrieve, query, update, and delete the latest version of a document, but not a content pack, in a library or a file in Chatter.

• Use this object to create, query, retrieve, search, edit, and update a specific version of a Chatter file. Use the ContentDocument object to retrieve, query, update, and delete the latest version of a file in Chatter.

• You can't query files that are only on records, whether they're public or not.

• Not all fields can be set for Chatter files.

• You can only update a version if it is the latest version and if it is published.

• You can't delete a version via the API.

And this is what's said about ContentDocument:

• Use this object to retrieve, query, update, and delete the latest version of a document, but not a content pack, in a library or a file in Chatter. Use the ContentVersion object to create, query, retrieve, search, edit, and update a specific version of a Salesforce CRM Content document or Chatter file.

• You can't query files that are only on records, whether they're public or not.

• When you delete a document, all versions of that document are deleted, including ratings, comments, and tags.

• You can't create, edit, or delete content packs via the API.

Note: Content metadata, such as tags, custom fields, and content owners are tracked at the version level rather than at the document level.

• If you query versions in the API, versions with a PublishStatus of Upload Interrupted are not returned. 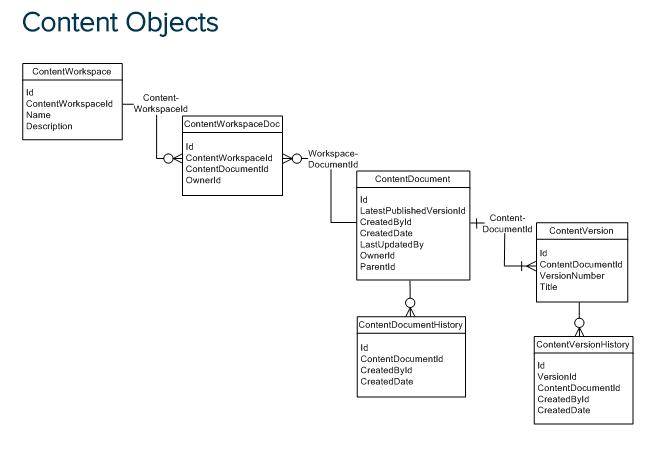 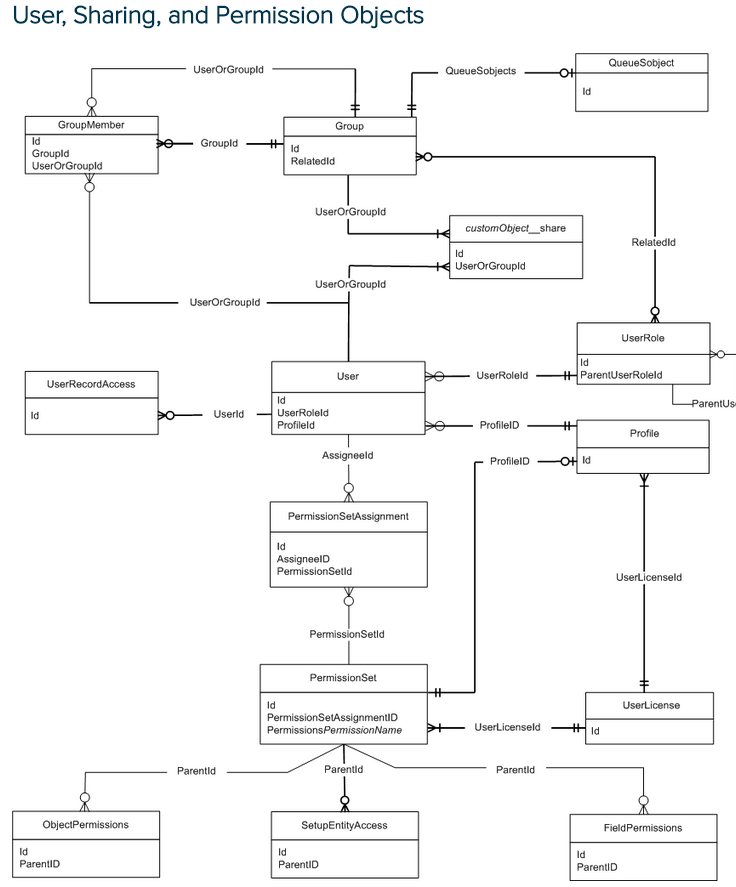 Edit - In the Object Reference, under PermissionSet, I found the following and more:

When using the API, think of each permission set or related set of access controls as starting as an empty container that you fill with permission records.

In the API, a permission set can contain user, object, and field permissions, as well as setup entity access settings for other settings, such as Apex classes.

• ObjectPermissions and FieldPermissions objects are available in API version 24.0 and later.

• The SetupEntityAccess object is available in API version 25.0 and later. 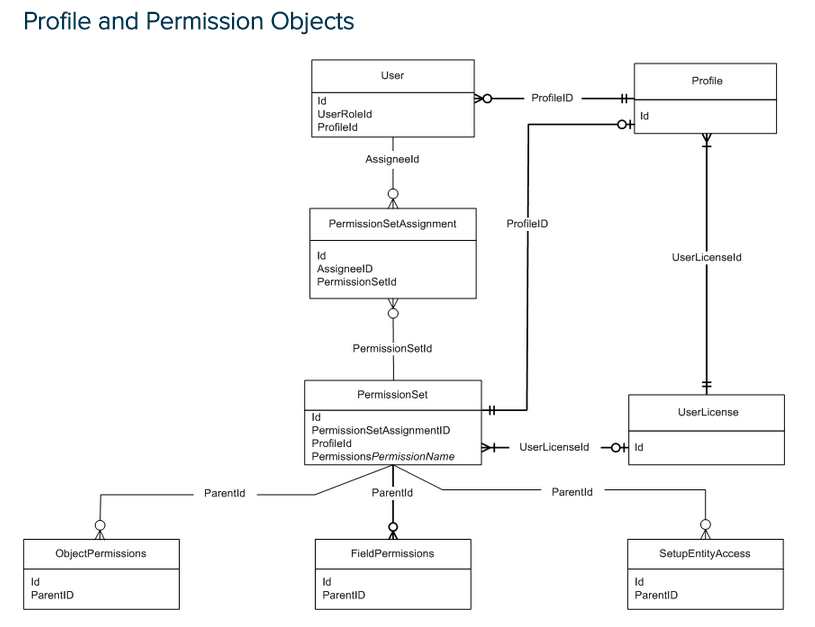 In these child objects, access is stored in a record, while the absence of a record indicates no access. In order to return a record in a SOQL query, a minimum permission or setting is required for each child object.

Then delete the IDs returned from the query.

The above note confirms your observation that record IDs are lost when once a document has been unshared. ContentDocumentLink only has 4 fields that aren't standard System Fields. Those fields tell very little and are mostly picklists. It appears to me that the ContentDocumentLink is going to tell you very little in terms of sharing.

If detecting changes in sharing is your primary objective, I recommend you study the example queries in PermissionSets section of the Object Reference Document to gain further insight into how to achieve your desired results. There were too many query examples for me to cite them all in this answer.

It's my sense that your solution will likely include some combination of Permission Sets, Document Libraries, Sharing Groups and ContentVersion/ContentDocument. I hope what I've provided helps provide some clarity for you.

Its may be late but I think will be helpful You can query the documents based on lastModifiedDate column like below.

5
Trigger on ContentDocument not working

0
Display all the records instead of related record in a visual force page
3
Insert Content and link it programmatically using SOAP API
0
How to Retrieve related record value using SOQL?
0
update all child record when parent record is updated
0
Retrieve the Record type name of the Related entity ID in Trigger