We are getting strange behavior with the Developer Console when running our unit tests. We complete development with the force.com IDE and use the dev console for unit testing (for performance & the code highlighting).

Here are the steps I am taking:

Interestingly the highlighting is failing to highlight lines that haven't been tested and oddly they are not counting to the line total for that class. 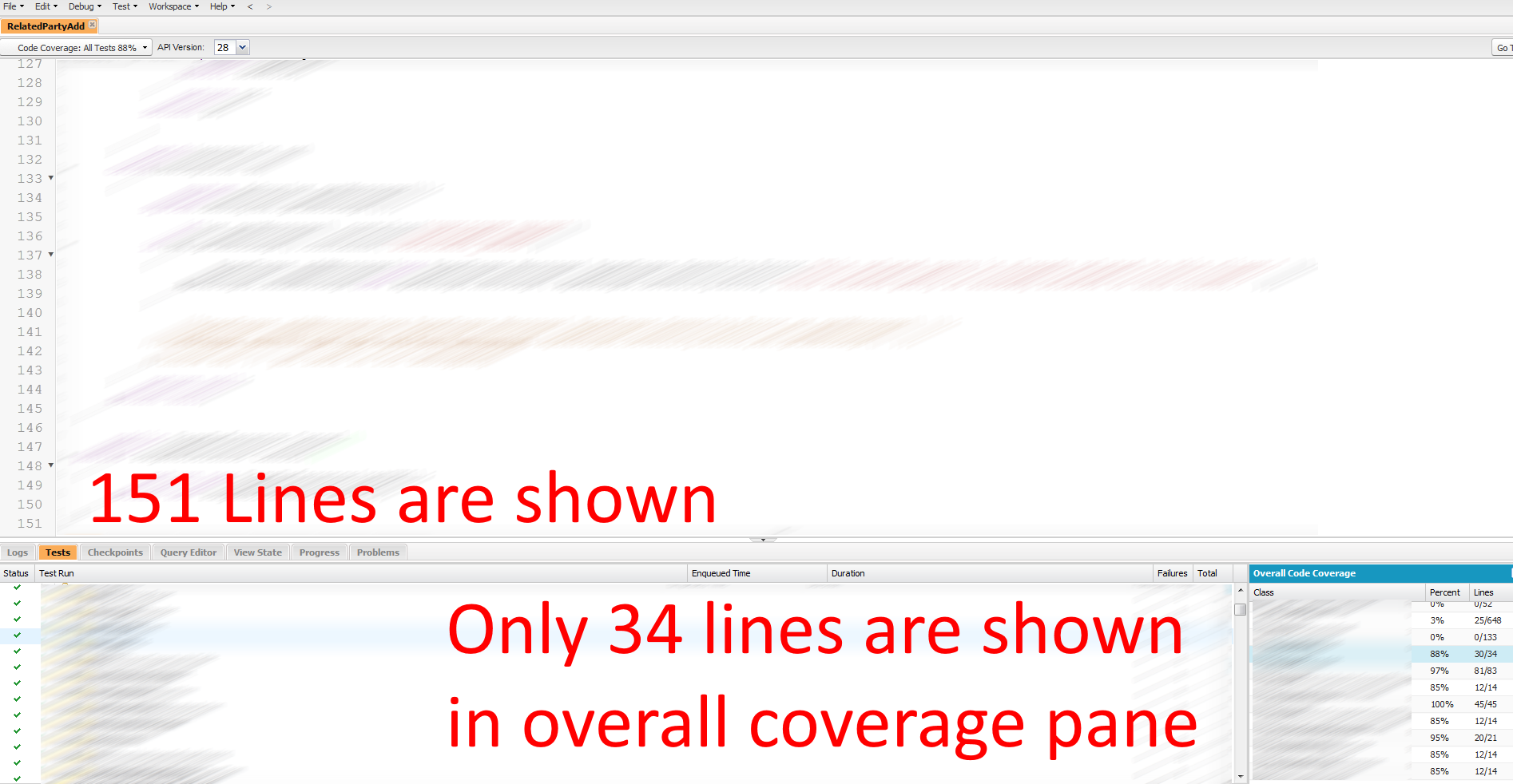 A work colleague is encountering the same issue in his org - although the line counts he gets in his org (in dev console) are slightly different. We work on the same code base and the classes that we noticed this on are exactly the same. He performs the same 3 steps.

Anyone know how we can get an accurate picture of our org wide code coverage?

This is normal. The count of lines is the number of executable statements in a class. From the docs:

How Is Code Coverage Calculated?

So you should expect to see a significant decrease between the raw number of lines in the class file and the numbers being reported after a test run.

Not the answer you're looking for? Browse other questions tagged unit-test developer-console or ask your own question.