I have a roles hierarchy like in the image attached. One Sales Manager and UNDER this role, two other roles: Sales_Europe and Sales_US. Assigned to these two roles, i have two users: user_a (Role: Sales_US) and user_b (Role: Sales_EU). THE OWD is set on PRIVATE for all objects and the Grant Access Using Hierarchy set on ON to all.

I do have Professional License.

I would like that Sales_EU does NOT see the accounts they do NOT own. (Unfortunatelly the user_a sees the contacts they do not own.)

The question: HOW can I enforce this security model? TIA 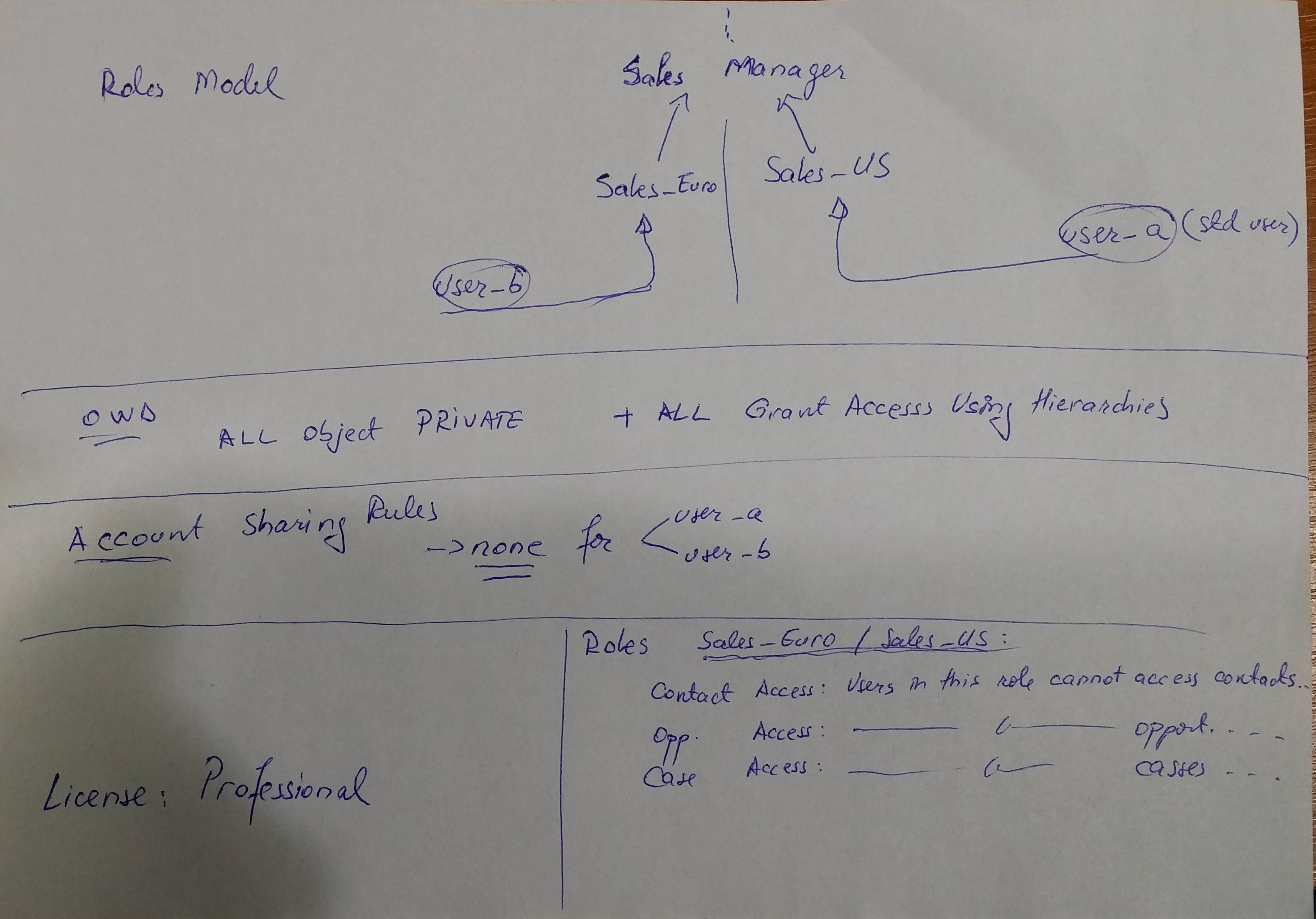 Based on your schema you need to implement two sharing rules on Account and on other object you need to segregate the data.

We have role Euro and role US. The first sharing rule you create will say, any records created by role Euro give read/write access to role Euro. The second one will be for the US role and it will be the same as the first one.

Let me know if it solved your problem.

These are my overall settings. 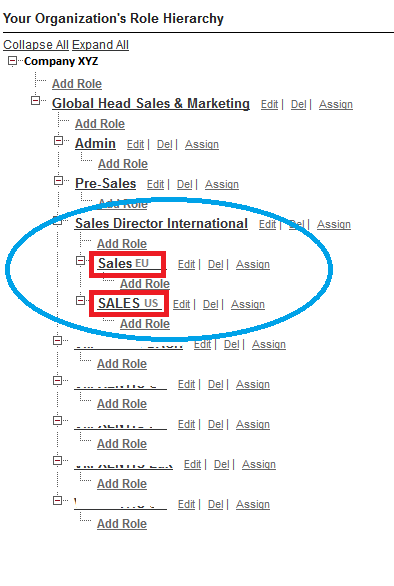 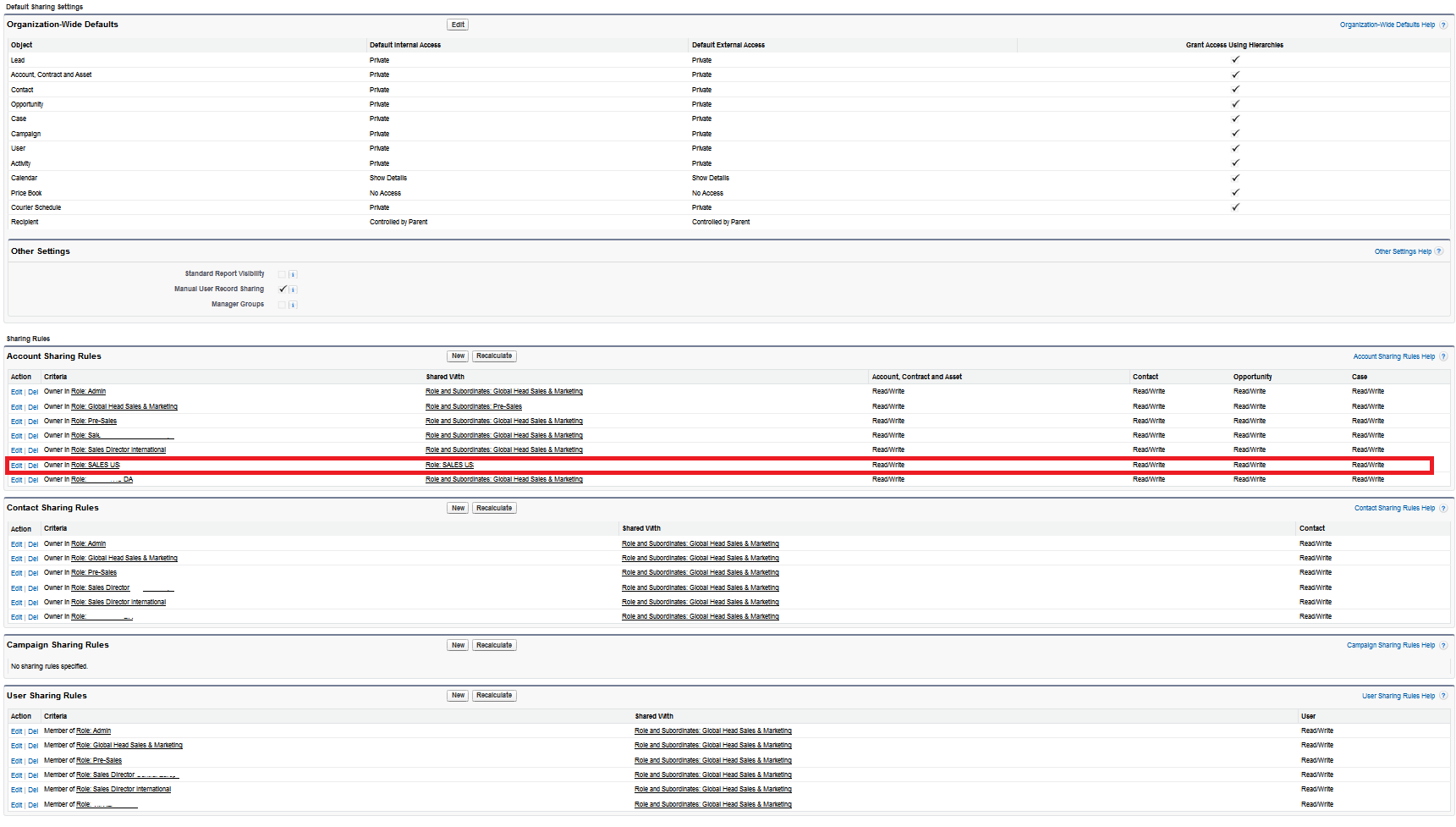 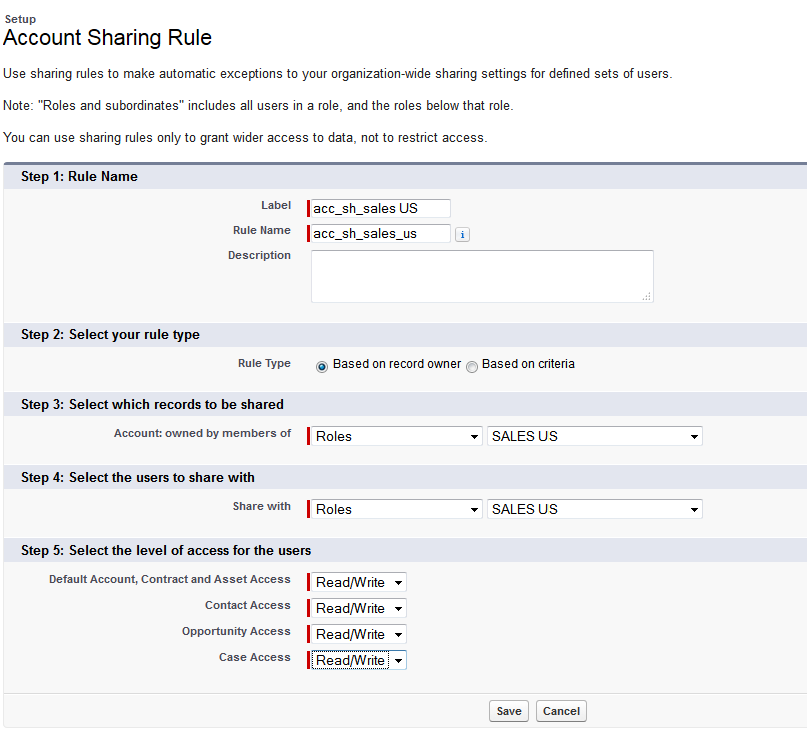 Add the WHY screenshot. How do I "read" this information? Thanks!

Not the answer you're looking for? Browse other questions tagged security professional-edition roles record-access-level or ask your own question.

1
Record Sharing Using Role Hierarchies
1
Question on Security setup Accounts/Opportunities. Users read access to Account prevent from creating Opportuntiies?
0
Sharing Cases owned by "High Volume Customer Portal User" with Account Owner?
0
Need to give edit access for all custom object record to same profile but different role
0
Remove access to Account Records having record type "Partner", for a particular role
0
How to restrict users to access accounts they do not own associated with cases they do own
0
Role Hierarchy, Sharing Settings & Team Member puzzling issue