Is it possible to migrate valid LMA License records between LMA orgs?

Has anyone out there in the ISV/OEM ecosystem ever signed up customers in one LMA org, with official License records being created, and then, say, decided to spin-off this application into a separate company, and needed to set up a separate LMA org, and then wanted to transfer some of the Licenses from the original LMA org into the new LMA org?

As far as transferring the License records themselves, I know it's possible to export and import the records, but the LMA is weird --- I'm assuming that there is some sort of back-end linkage between the License records and Salesforce's License Management back-end that would be severed irrecoverably by doing this.

Has anyone tried this before, or have any insight into its feasibility based on their knowledge of how the LMA works on the back-end?

I just noticed this in the top-right paragraph of the AppExchange Publishing Console's License Management settings:

You can only assign the LMO for a particular managed package once.

So that seals the deal --- NO, it is not possible to migrate License Management records between LMO orgs. 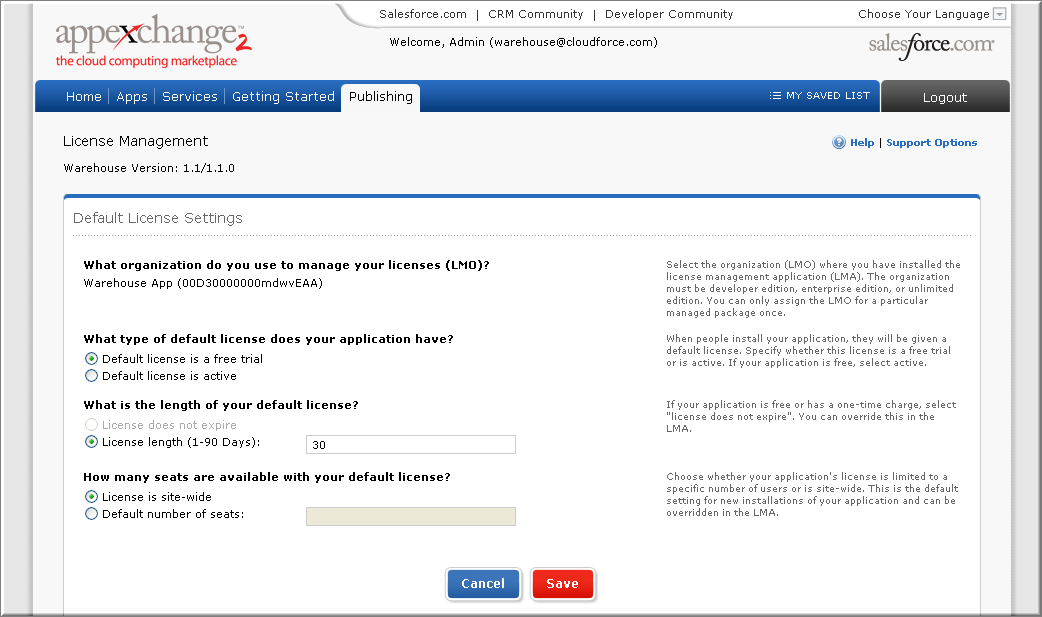 I've been told by smart people on the salesforce partner team that no, this isn't possible. The data may move, but the link behind the scenes that enforces licensing doesn't seem to.

Not the answer you're looking for? Browse other questions tagged managed-package licenses isv or ask your own question.