How does the field type "Auto Number" calculate?

I assumed it was sequential (increases by 1 from the last number generated), but according to our data, it doesn't seem true:

If you run test methods, and don't opt to preserve sequencing (it's in the test running page under the options button), any tests you run will cause gaps. Also, failed transactions can cause gaps unless you enable the anti-gap function available by contacting support.

Autonumbers are also used up in unit tests, although you can turn on a setting in tests to disable this.

This is under setup | develop | apex test execution | options 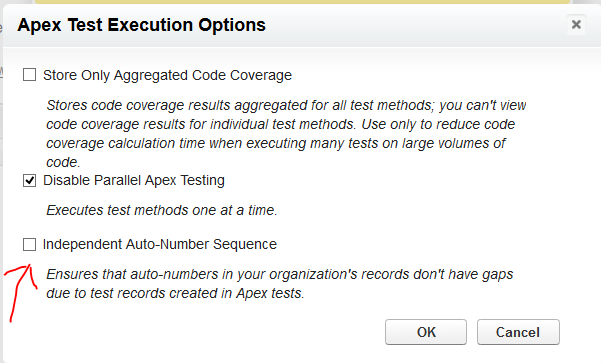