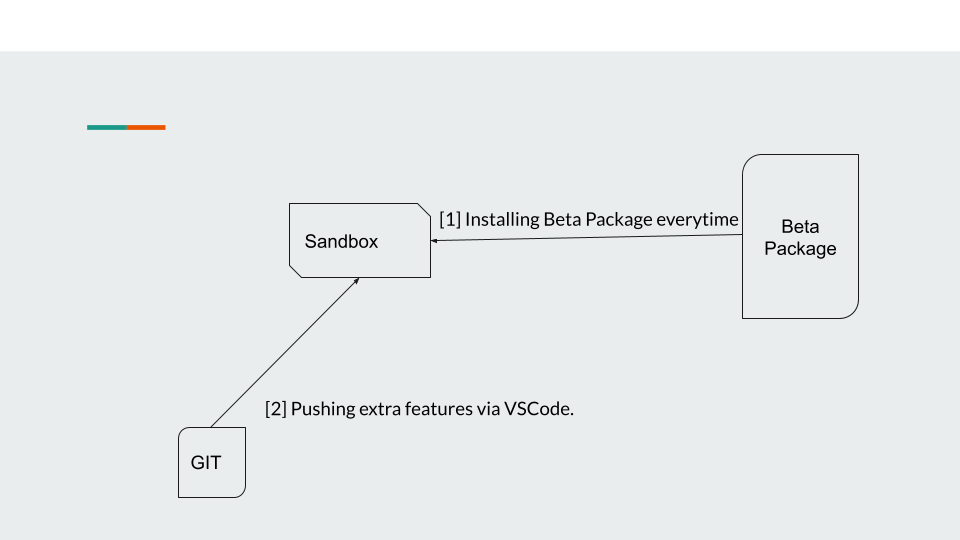 I have the following scenario: Every time before a release build, I've to test it in a Sandbox by installing a Managed Beta Package. After that, need to deploy some features[can't put them in the package] manually which are dependent on the Managed Package. My current process overview is:

You can realize seeing the scenario, it's a very inefficient way of deployment. Since, need to create a new Sandbox every time, then install the package again and org configurations. I've tried to uninstall the beta, but it creates some huge dependencies all on the files which are very time-consuming to fix. If anyone could put some thoughts, that would be helpful.

You shouldn't need to use a cycle like this with modern development practices. Create a Scratch Org, linked to your package's namespace, deploy your code there, do any development you want to do (including testing), and when you're satisfied with the results, you can hand another Scratch Org to the QA team, if this is a step you have in your development cycle, and only after everything passes, then upload the changes to the Packaging Org to build a new Beta, or perhaps even a Released version, since everything should now work as expected.