Has anyone found any workaround for this? Do I really have to rewrite all with lightning-input? 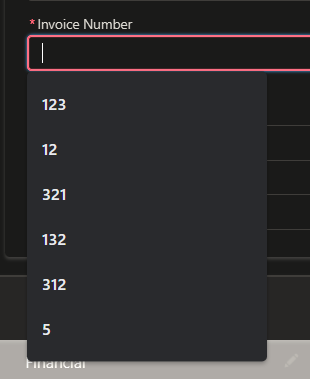 I know about this post that seems to be related, but there are discussing aura component aura:input which really is not what I am using here, lwc component lightning-input-field. As far as I know the autocomplete attribute needs to be set on the html input tag, and from lwc shadow DOM perspective we are not able to dynamically query for this element via js.

I was thinking that maybe load js as static resources could bypass shadow DOM? -> Nope, even externally loaded script could not cross the shadow dom boundary for me.

Another approach I was thinking about would be to use lightning-input just for input, then have lightning-input-field with display: none; to which via js I will force the values.

Never mind, the last guess was the most successful. Use lightnig-input with autocomplete="off", hide the input-field. Via onchange event, set the value from lightning-input to input-field.

Only bad thing on this solution is that you will lose the validation messages on the input-field which is hidden. But there is a workaround for this as well, something like displaying custom error messages.

Not the answer you're looking for? Browse other questions tagged lightning-web-components inputfield autocomplete or ask your own question.

7
How to set autocomplete="off" in lightning form