Screen flow with an auto-launched subflow (which includes a "pause" element) - is it possible to avoid message "The flow interview is now waiting"?

I've done my best to summarize my question in the title, but it needs more detail to be understood, here I go:

I have a screen flow where, after a certain number of screens, there is an auto-launched subflow. Until now, the subflow ran, after that there was an assignment and a final screen: 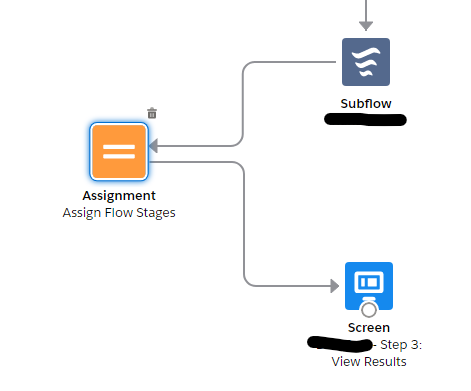 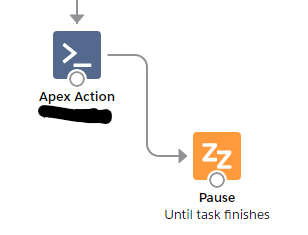 So I was expecting the screen flow to show a "loading" symbol until the subflow had finished (therefore always having the job in the external application finishing first), and then showing the final screen "Step 3: View Results". However, I get the following screen:

Which is referring to the subflow, that is paused because it is waiting for the platform event that indicates that the job is complete in the external application. When the flow receives the platform event and continues, it does not show the third screen, it just stays here.

What options do I have in order to avoid this message? My idea was to have a a loading symbol while the subflow was running, and once finished (with the job finished in the external application as well), show the third screen. Instead of using the "wait" element, can I use a loop in the subflow that constantly checks if a record has changed to a certain value (which would also indicate that the job in the external application has finished) and stay in that loop until, for example, a certain record has changed to "Job Complete", and then continue with the flow?

Thanks very much for your help! Let me know if there's anything that is not clear.

Try to add a lighting component that will show the loading screen and also can check if the job is completed and display the result in the same component.

Not the answer you're looking for? Browse other questions tagged visual-workflow platform-event wait-element subflow or ask your own question.