Compiled formula is too big to execute over 5000 characters, only standard field in the formula

I know they are quite a few questions regarding formula being to long (over 5000 characters), from my understanding if the formula uses fields who are also part of other formula fields this will count towards the limit right?

But how come i get the following error message, when using this formula field? 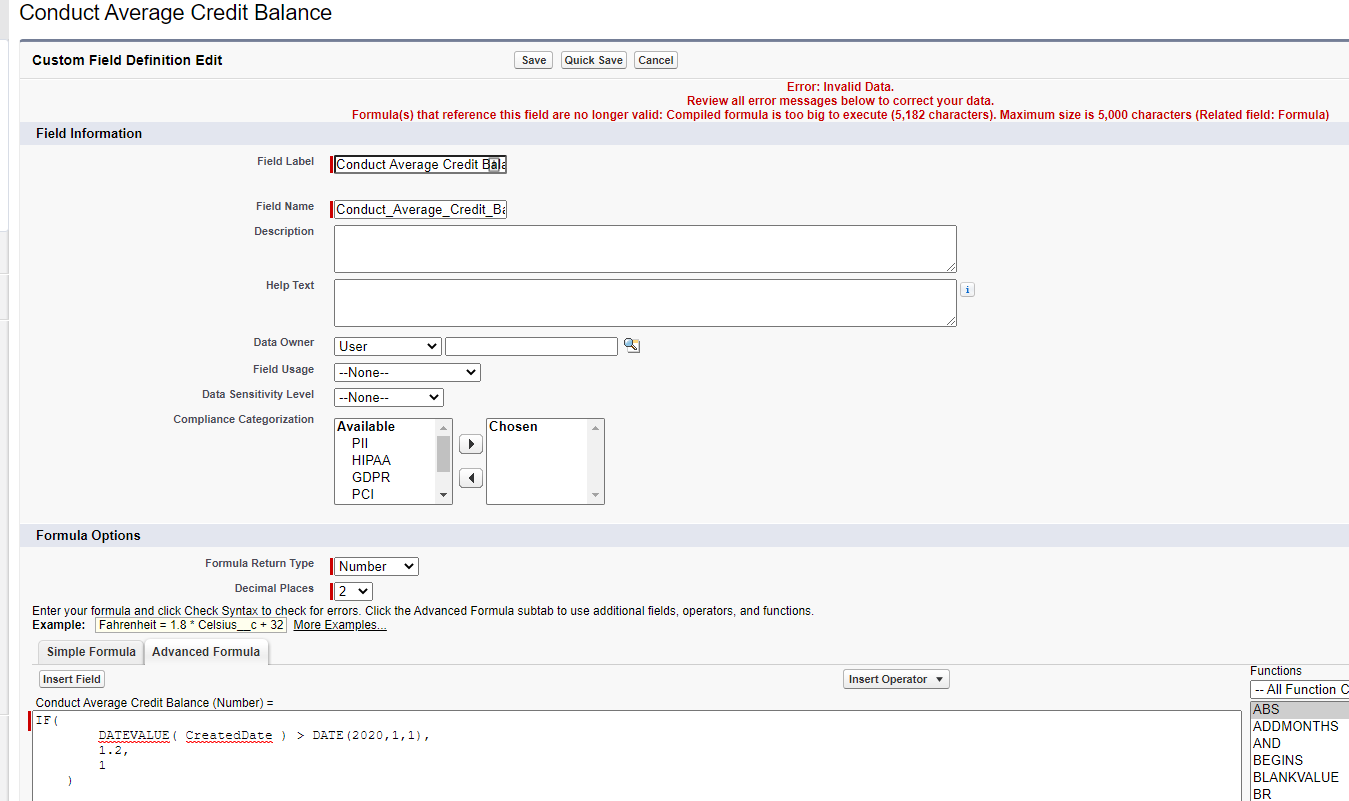 For example, let's say that your formula was simply:

Then you write a second formula, such as:

Then, the second formula uses the computed size of the first formula twice. Obviously, this would still compile, but if you later made Created_Date_Example__c more complicated:

Then the second formula's size would increase as well, even though you're not editing it. Obviously, this example still compiles, but it's rather easy to go over the maximum size in a dependent formula if you do this.

You'll need to try and optimize your other formulas, or you won't be able to make any further changes to this one, unless the result is smaller than before. I doubt you can optimize this formula to a smaller size, so you'll need to review the other ones.

Alternatively, you might create a new numeric field, and use a Workflow Field Update to set the value for this field. This eliminates the need for this formula field, which will reduce the size of the formulas that depend on it.

Summary: this formula is used in other formulas, so their size is going over 5k characters compiled. You need to fix those formulas, instead.

Not the answer you're looking for? Browse other questions tagged formula-field custom-field system-admin system-fields or ask your own question.