How to create Named Principal Named Credentials, for Salesforce itself, as an Identity User

The background to this is that we have Apex code using the Pardot API. Soon, the authentication for that will need to use a Salesforce session id. So, we created a Connected App, Auth. Provider, and Named Credential to make things work.

This all works fine as long as you create the Named Credential whilst logged in as the user who will be the Named Principle.

However, we need to use an Identity User licence as the Named Principle with minimal permissions so that they can only do Pardot.

Identity users cannot access the setup menu, so I can't just log in as that user and create the Named Credential.

If I log in as admin, then try to authenticate the Named Credential as the identity user, it seems that my admin session is replaced in the browser by the identity user one. Which means the OAuth fails at the callback stage - I land on the callback page, but not logged in as the user who started it, and with no permission to finish the setup.

I've tested the overall setup both by creating the Named Credential as admin, and by using Postman to OAuth as the Identity User. Both of these work.

It all seems like a lot of work for something that should be simple.

This gets approximately the same result, the image attached 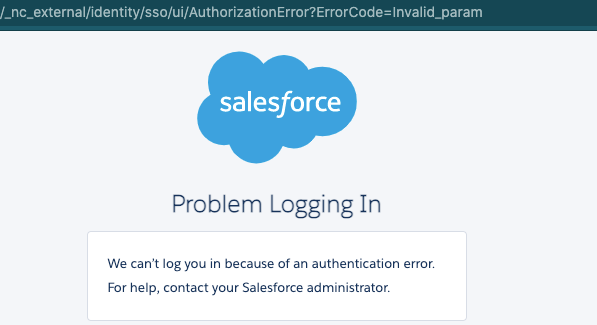 Ok, I was able to get this to work using JWT Flow, Named Credential and Identity User (full disclosure, I've only played with Named Credentials now for all of 45 minutes, so my approach may need to get vetted by smarter people than I).

Next, create the named credential.

As for the code I used to validate this new approach I just came up with:

I validated this by inspecting the debug, and I did indeed get the correct response in the logs. I did go a little vague on details for the Connected App, just let me know if you need more details?

You could use the Username/Password oauth flow that Salesforce provides. Simply setup your connected app, then you could use a Custom Setting to store all the values that are needed. It's not ideal as you do need to store the password and security token in the custom setting.

I wrote a blog post that goes into more detail here: https://thespotforpardot.com/2020/09/23/pardot-api-and-getting-ready-with-salesforce-sso-users/

Note: I haven't tried this from APEX myself, but the approach should be pretty similar. I am very much looking forward to discovering a great way to do this in APEX, haven't found any resources.

Not the answer you're looking for? Browse other questions tagged oauth2 pardot namedcredentials or ask your own question.

13
Initiate an oAuth flow via an Auth Provider
1
oAuth: calling out to another Salesforce org