How to manage heap size in apex in sandbox

In a sandbox environment, I am writing an inbound email handler. I process the email's attachments asynchronously. I am getting the following error:

on the following line:

Can someone explain to me why I'm getting this error given the following debug statements? 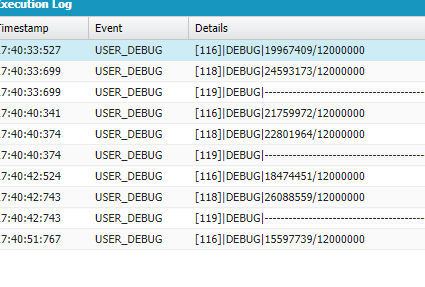 The code that produced these debugs:

I seem to always surpass the heap size limit as my code is running and handling the large attachment files. Upon processing a 6MB+ attachment file, I receive the error.

The governor limit on heap size is using Salesforce's "flexible" approach (has been for several releases). That means that:

Then Salesforce can choose to allow you to go over the documented (hard) limit.

As for why your heap is increasing on each iteration, my best guess would be that overwriting a variable (or having a variable go out of scope) doesn't immediately cause the garbage collector to run (Apex is compiled down to java bytecode, so Java's GC is in control, I'd imagine).

Unless you're able to get the size of the attachment from an external source, it'll be somewhere between difficult and impossible to determine if you can process a given attachment without running into a governor limit.

If heap left - some safety threshold you define < the average heap used by a single attachment, then you can decide to stop processing further attachments (or figure out a way to chain another async call to pick up where you left off). Using the average gives you a general idea of if you can process another (and if it's a bit bigger, the flexible heap limit can possibly help you).

In the end though, Salesforce just isn't friendly to data that's larger than 3 MB (if you need to make a copy of the data, like you do when deserializing JSON, for example, then you're immediately at the synchronous transaction limit of 6 MB) and you risk running into issues.

1
Getting heap size error while serializing collection of records in apex
5
APEX Heap size and limit Confusion
4
HeapSize limit reached in an unexpected behaviour
6
Soql for loop heap size. How to decide between speed and memory mangament
9
Ability of Apex Rest services to accept 50MB file, how is the heap size calculated in this case?
8
Is there any difference between the heap consumption in sandbox and production orgs?
0
Upload files as a Blob in LWC