I'm building a flow that takes the subscriptions listed on our contract record and creates a record in a custom object called Entitlements. Our contracts may have the same subscription listed more then once, so I have created a loop that will make a decision on if it has seen the subscription before. If it has it will skip it and if it has not then it will add it to my Record Collection to be created. Originally this was setup using the subscription ID's but I switched it over to Product name for trouble shooting.

It appears to be working except for one small issue. On the contract I'm testing with I'm expecting 11 subs to be created. Each time I only get 10. It appears that the last record being processed never gets created. If i change my Get Record sort order or the loop direction, The original item that was missing will appear (first in list) and what I now would expect to be the last is missing.

Anyone have any ideas? I have another loop that is similar later in the Flow that is doing the same type f thing as well 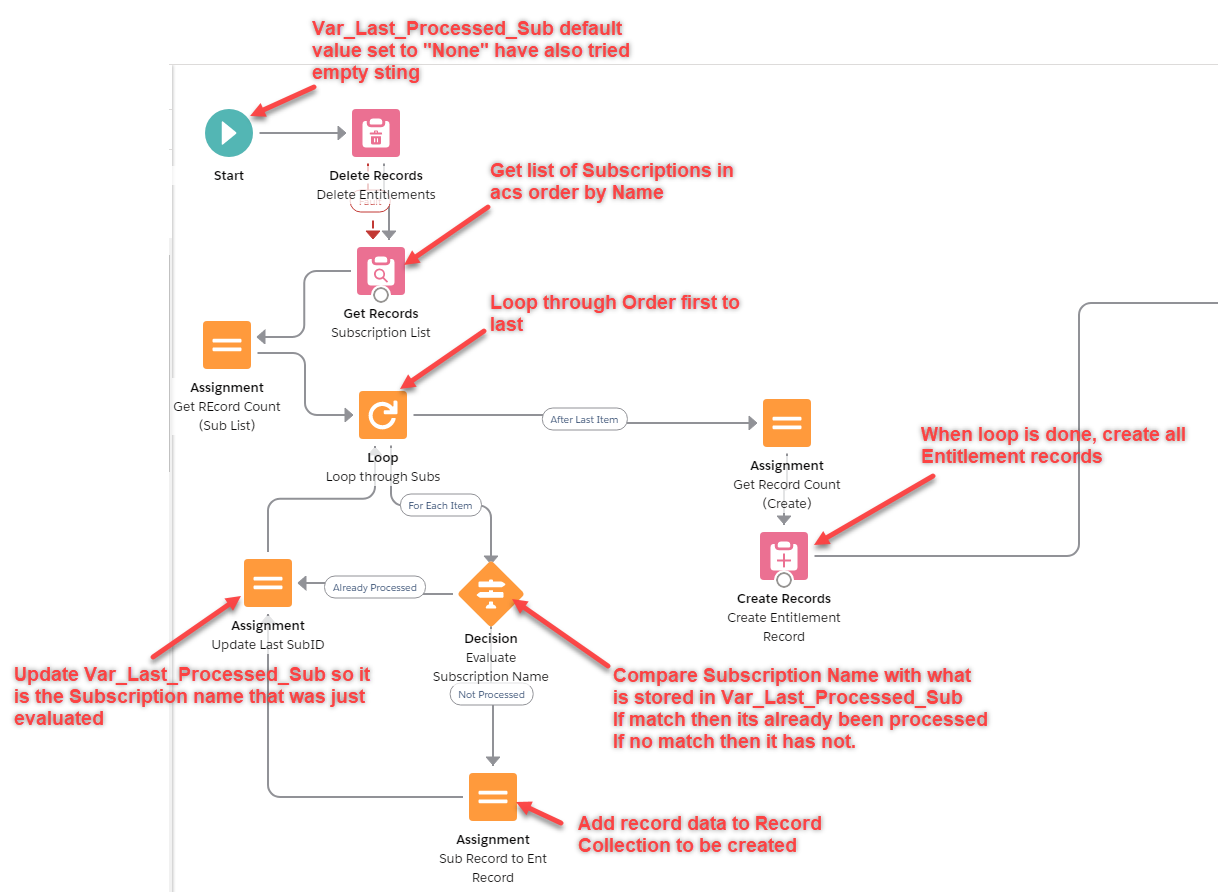 UPDATE - WORK AROUND Been working with Salesforce on this one and they have confirmed that its not working correctly but do not know why as of yet. They were able to find a simple workaround.

Basically the assignment action that adds the values to the record variable then adds the record to the Record collection that is used to create looked like this. 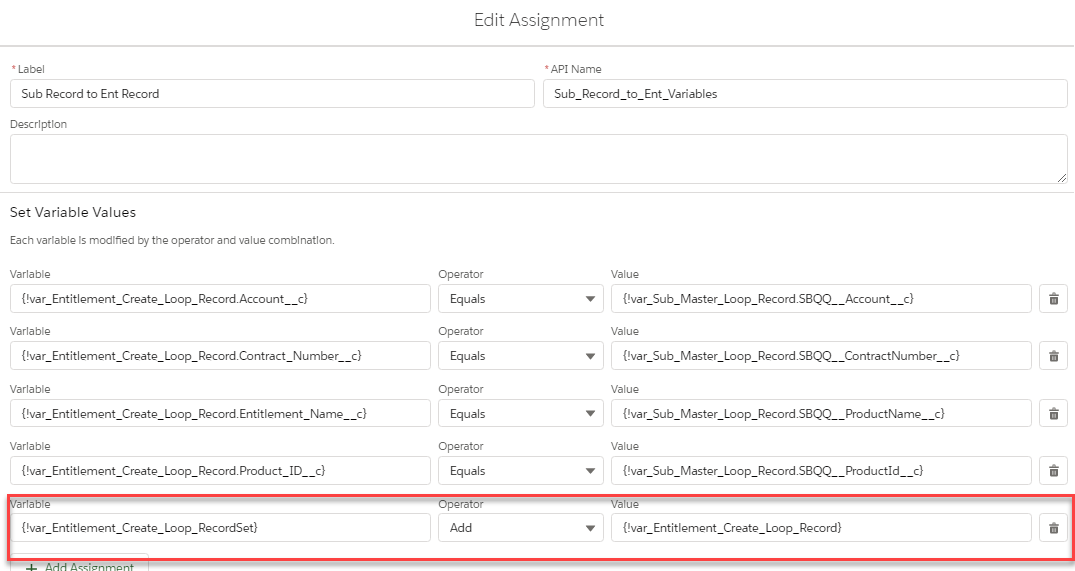 We took the last line that adds the record to the record collection out of this assignment and moved it to its own assignment. By doing this the last items that was missing is now be created 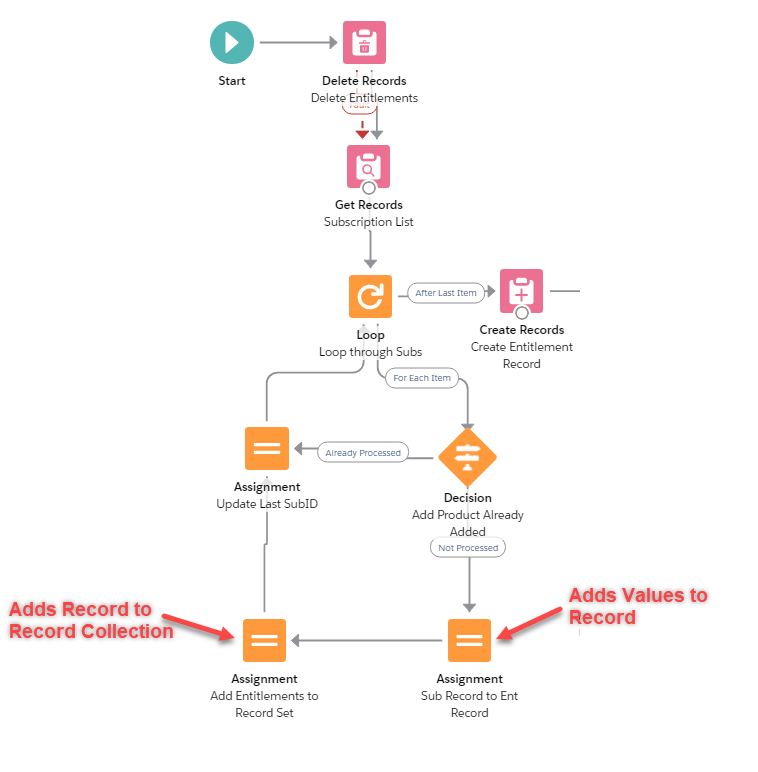 Browse other questions tagged visual-workflow loop create-records or ask your own question.

0
Loop through records Subscription Records, Aggregate and Update Contract Record
3
How to loop a set number of times using visual flow
2
Visual Flow - How to Loop Over Two Record Collections and Use Field Values From Both
0
Access index of sObject collection using flow builder loop
0
Creating new Records in FLOW
2
How to identify last element in a Flow loop?
0
How to iterate a loop in a flow
0
Salesforce Flow - Scheduled Trigger Flow One time action (Infinite Loop)