Archaeology: what happened in Salesforce API 11.1 to necessitate a point release?

I'm really curious about this. Here's the list of available Salesforce API versions for a given Apex Class:

Is there anyone here on the inside, who can share the fireside backstory behind 11.1? 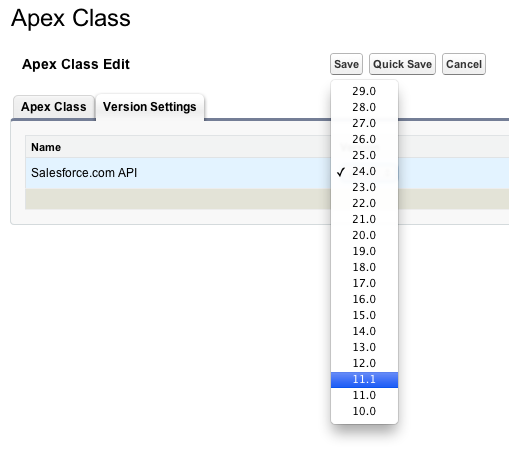 That's going back a while now. API v11.1 was released to support the first release of the identity confirmation features, including the API security token, login confirmation codes for new browsers and other related features. This set of features was released outside of the regular major release and included some API behavior that needed versioning, hence the point release.

Not the answer you're looking for? Browse other questions tagged apex api versioning deprecation or ask your own question.

1
What was the release date of version 145.3 of the ExactTarget Web Service API?
3
Downloading from visualforce page to excel?
1
Api version Modification
2
How does Salesforce handle multiple versions?
1
Understanding End point url
2
What is the salesforce turnaround time for API usage refresh
0
What is the definition of a Salesforce API call?
1
Winter 21 Release and API Version availability