I am getting this error: ERROR running force:source:deploy: The Flow named ListingID_Update was not found in the workspace

I am receiving this error while trying to deploy to a sandbox using sfdx source deploy commands.

ERROR running force:source:deploy: The Flow named ListingID_Update was not found in the workspace.

This is the command that I am using:

This is the Incrementalpackage.xml contents:

And the Flow mentioned in the Incrementalpackage.xml is also in the VS Code workspace as shown below.

Tried everything to resolve this can't seem to figure it out maybe someone else might know how to resolve.

Also, VS Code is giving me an error on this file even though the file doesn't have errors. 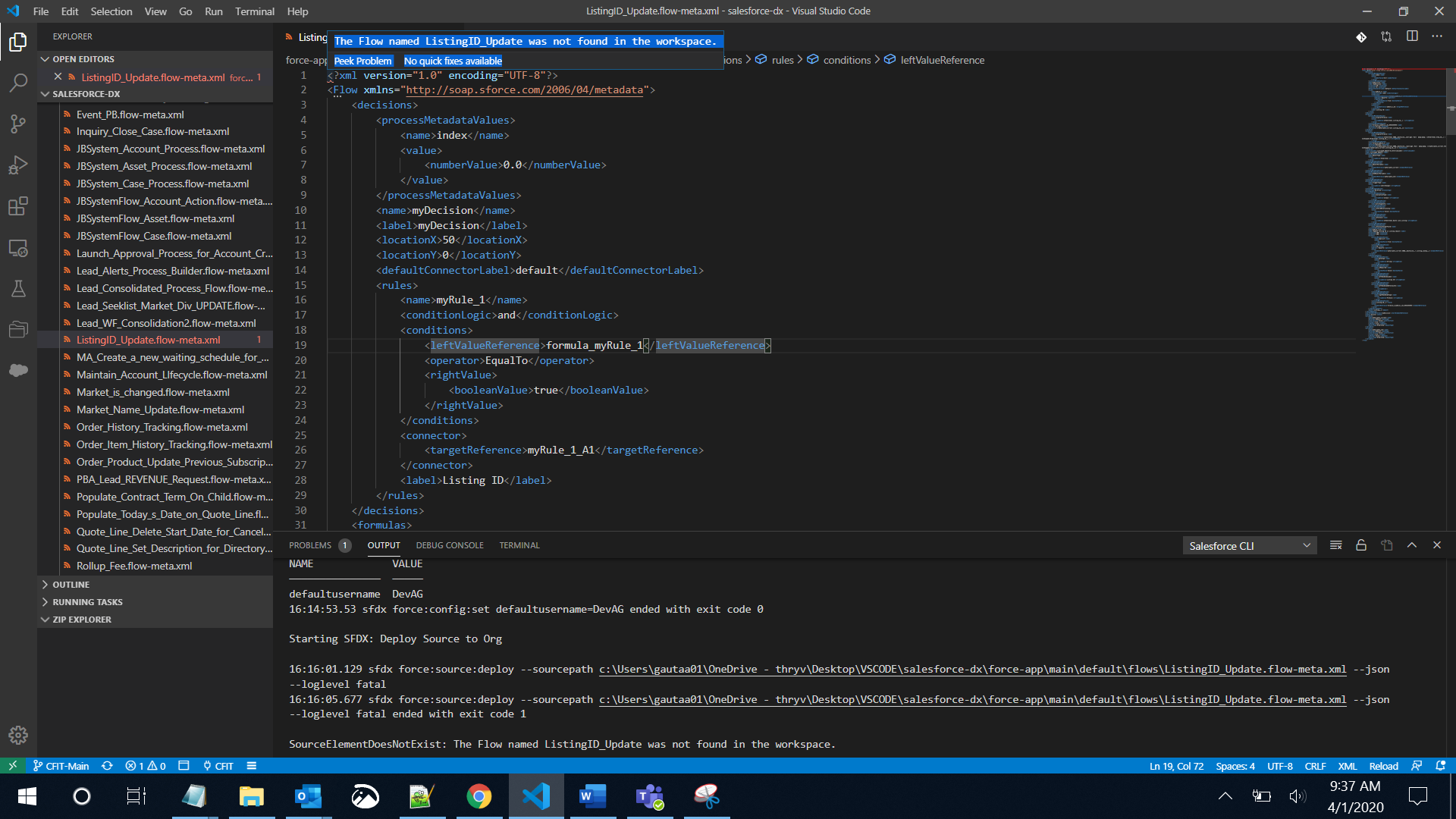 In the problems tab in VS CODE for that file it shows this message:

We found the issue. Someone had added the flows folder to the forceignore file in VS CODE thats why we were not able to deploy to any of our sandboxes.

This problem is now resolved.

Not the answer you're looking for? Browse other questions tagged salesforcedx deployment salesforcedx-cli vs-code package.xml or ask your own question.

5
SFDX PersonAccount: ERROR: Entity of type 'RecordType' named 'Account.Business_Account' cannot be found
10
LightningComponentBundle "Not available for deploy for this API version" error
6
Deploy from Sandbox to Production Org SFDX
1
Custom Metadata deployment through MDAPI
2
How come .forceignore is being applied to force:source:deploy?
4
ERROR running force:source:deploy: InvalidPackageDirectory
2
Cannot find the declaration of element
0
The ApexClass name was not found in the workspace VSCode
0
Second Generation Packages: ERROR running force:package:version:create: : The object 'Object' of type Settings metadata does not exist