How to get objectApiName in community on LWC?

followed this doc which says its possible : https://developer.salesforce.com/docs/component-library/documentation/lwc/lwc.use_object_context

From the discussion on this question it appears that there is a bug in the community builder that doesn't ensure the objectApiName value is made available, via the target property binding in the LWC's meta XML, unlike the recordId which seems to work.

The documentation does state, under Access Object Context in Communities, that a property must be used and includes the example:

It is clear that this should work without explicitly stating the object's API name due to the default here (as per recordId).

The only caveat specified is:

NOTE This approach works only for components where the {!objectApiName} is in the route.

Either there's a bug or the specific usage here doesn't have the object API name as part of the URL.

Communities don’t automatically bind objectApiName to a component’s template like it does for recordId. With the below property:

We need to explicitly set the objectApiName in the community builder like below. 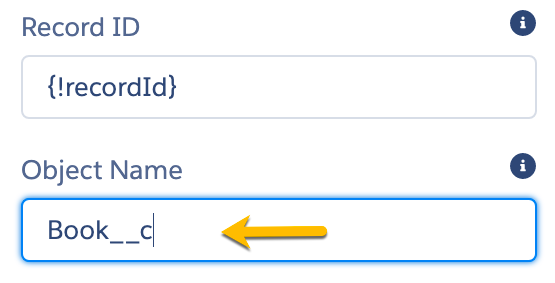 Hope this will help. Thanks

Not the answer you're looking for? Browse other questions tagged lightning-web-components lightning-community or ask your own question.

7
LWC Community recordId undefined
8
Get RecordId in LWC From Community Page
1
LWC: How to call a community page on button click in LWC?
1
SFDX error: Only one default export allowed?
0
Is there a way we can get Layout info in lwc by just passing recordtypeid and objectapiname?
0
LWC: Navigating to Registration or Forgot Password pages in Community
1
Error in LWC file upload component in community