I installed an SFDX plugin to help with data loading, but the version installed with sfdx plugins:install etcopydata installs an older version with some missing functionality. Running sfdx plugins:update etcopydata doesn't update anything, so I decided to try installing from GitHub.

Per the readme's instructions, I cloned the repo and linked the plugin. I didn't get any errors, but when I ran sfdx plugins it said that none were installed. 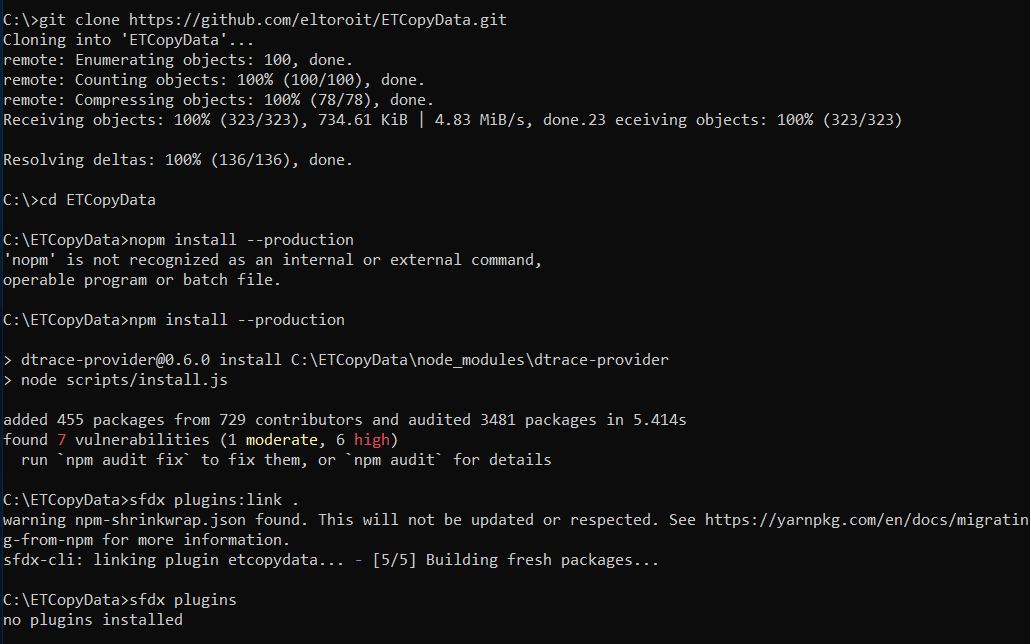 I've tried this install method fixing the vulnerabilities and by leaving them intact in case the audit fix wrote over something important. Neither makes a difference.

Running sfdx plugin:install -h (and reading a StackExchange post) shows that you should be able to install directly using a GitHub link. Installing this way seemed successful at first, but running sfdx plugins again showed no installed plugins.

I tried to do a little more Googling, but haven't found any answers.

For our case it was necessary to compile the project with yarn, before linking it.

2 Open a commandline in the plugin folder

Not the answer you're looking for? Browse other questions tagged sfdx-plugin or ask your own question.