I am attempting to insert data into a DE, which I create from the FuelSDK, using a Script Activity, I created as part of an Automation, in Automation Studio. The script runs, but no data is inserted into the DE. I detailed how the process works below:

The process on my server goes as follows: 1) I use the FuelSDK to create the DE, which has one number field, as the Primary Key that matches the Subscriber Key values in SF. 2)I create a csv file with two fields. The two fields are the Subscriber Key and the DE External Key. 3)I then FTP up the file up to SF.

The Automation work flow is as follows: 1) The FTP'd file kicks off a File Drop Starting Source. 2) The Data is imported into a previously created DE, with an Import Activity. This DE has two fields, that match the ftp'd file. The one with the Subscriber key is numeric and is the primary key and the one with the other DE external key is a text field. 3) The script is run to import the Subscriber Key into the DE, created using the FuelSDK.

The previously created Data Extension gets populated, but the one I created using the FuelSDK does not.

Here is the script, from the Script Activity:

Here is the Import Activity: 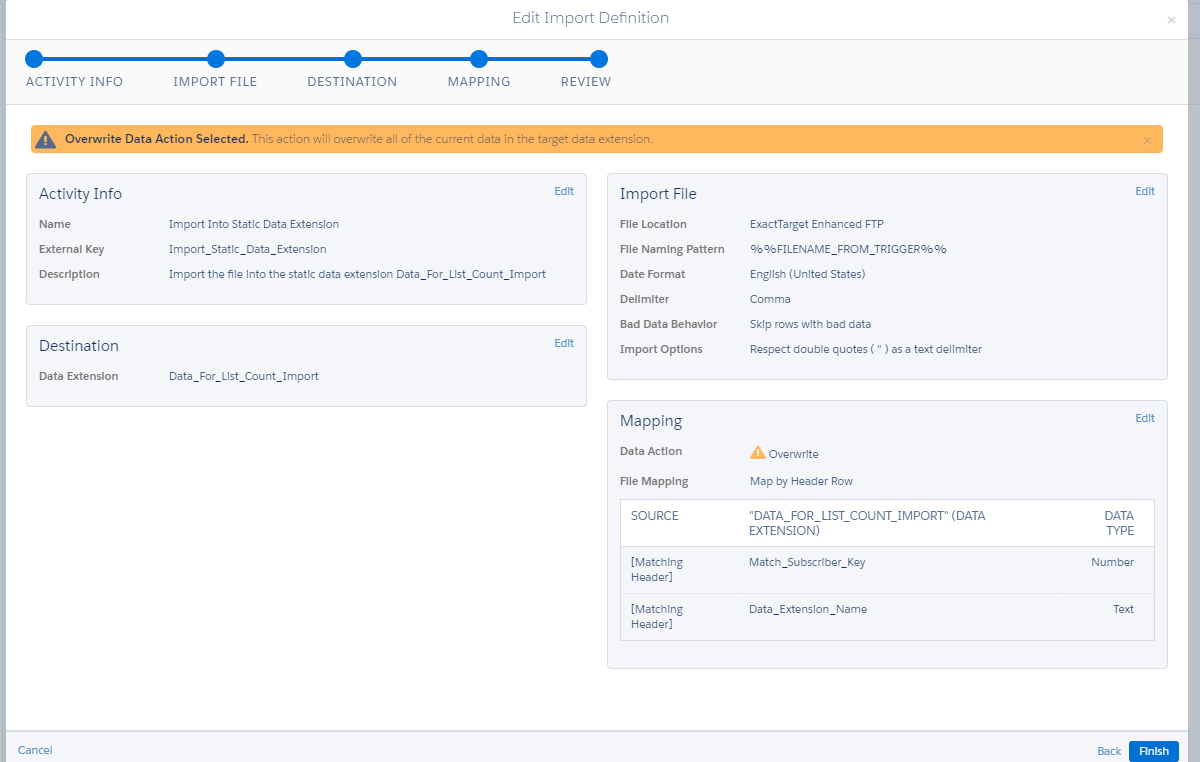 I believe you have a problem in your script activity. As odd as it looks like, in script activities, you need to add script tags to your code and use the Platform.Load function, otherwise your code won't be executed.

This shall do it.

Not the answer you're looking for? Browse other questions tagged marketing-cloud dataextensions ssjs automationstudio fuel-sdk or ask your own question.