How to extend the SLDS Grid with additional x-large and xx-large breakpoints to support huge screens?

I need a grid having 1 columns for phones 2 columns for ipads and 3 columns on 1080p screens. I will also need more distinction for devices between 1000px and 3000px in screen-width. How to do that with vanilla SLDS?

Works to distinct phones. But the breakpoint for large is to small. ipad will end up as being "large".

Actually the 3 sizes give me control over

By far not enough.

So I thought there should be something like x-large and xx-large. Is that stuff existing and usable?

and this fails, too

how to use x-large and xx-large?

how to extend it if xx-large would not be enough? eg. if I would need xxx-large or xxxx-large to distinct between the super huge screens?

It works, but I hate this approach and would love to replace it by something else. 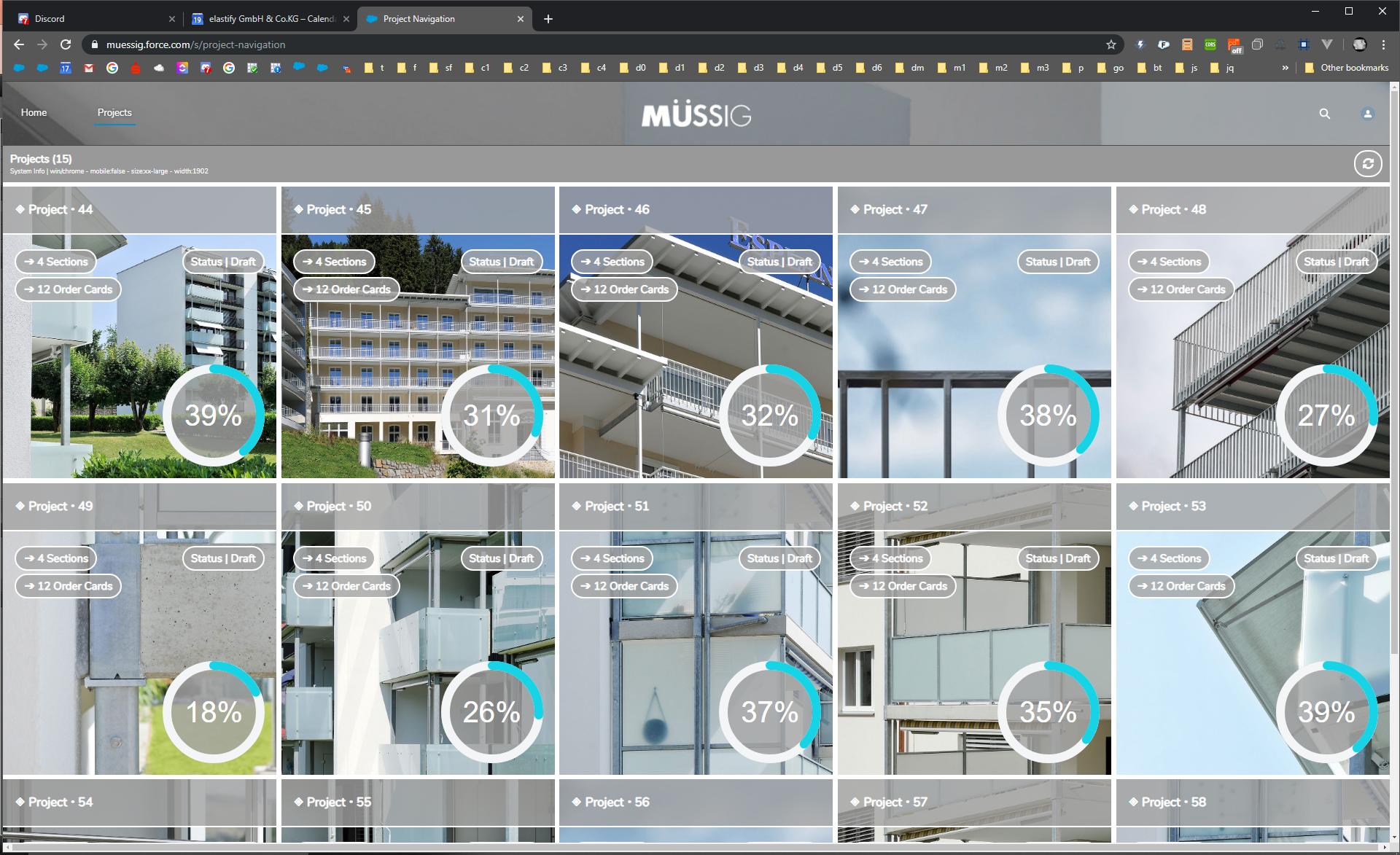 but I still think that is poor design provided by salesforce. Now I have to take care of rerenderings, window-resizings and other stuff always applying my custom "How-Many-Cols-Do-I-Have?-Logic" and that's error-prone.

TRUE! it will be too complicated with slds-size_1-of-'+v.layoutColumnCount' approach.

So, you can use media queries for fully custom/simple yet powerful solution. You can use this guide to begin with.

I also created this playground link for you.

Not the answer you're looking for? Browse other questions tagged slds slds-grid or ask your own question.

1
Issue with slds grid with size
5
Differentiate iPad Pro and iPad Air using slds | Lightning Design System
2
How to add left and right borders using slds
0
SLDS grid ugly rendering with lightning:outputField
0
Auto-placement in SLDS Grid To dynamically adjust from 3 col to 2 col wrapped grid. Is it available
0
SLDS Grind: how to prevent the inner spacing form being bigger than the outer spacing?
2
How to use all column width in slds Grid?
6
How to make SLDS grid columns fill 100% of available height on the screen?
0
Grid with Spaces in SLDS