At the end of the loop I create the records from the second record collection.

Collection Set A Record 1A Record 2A

I attempted to access the first loops 'loop variable' in the second loop so as to set the ID, but I realise now, you can only access a loop variable within that specific loop. 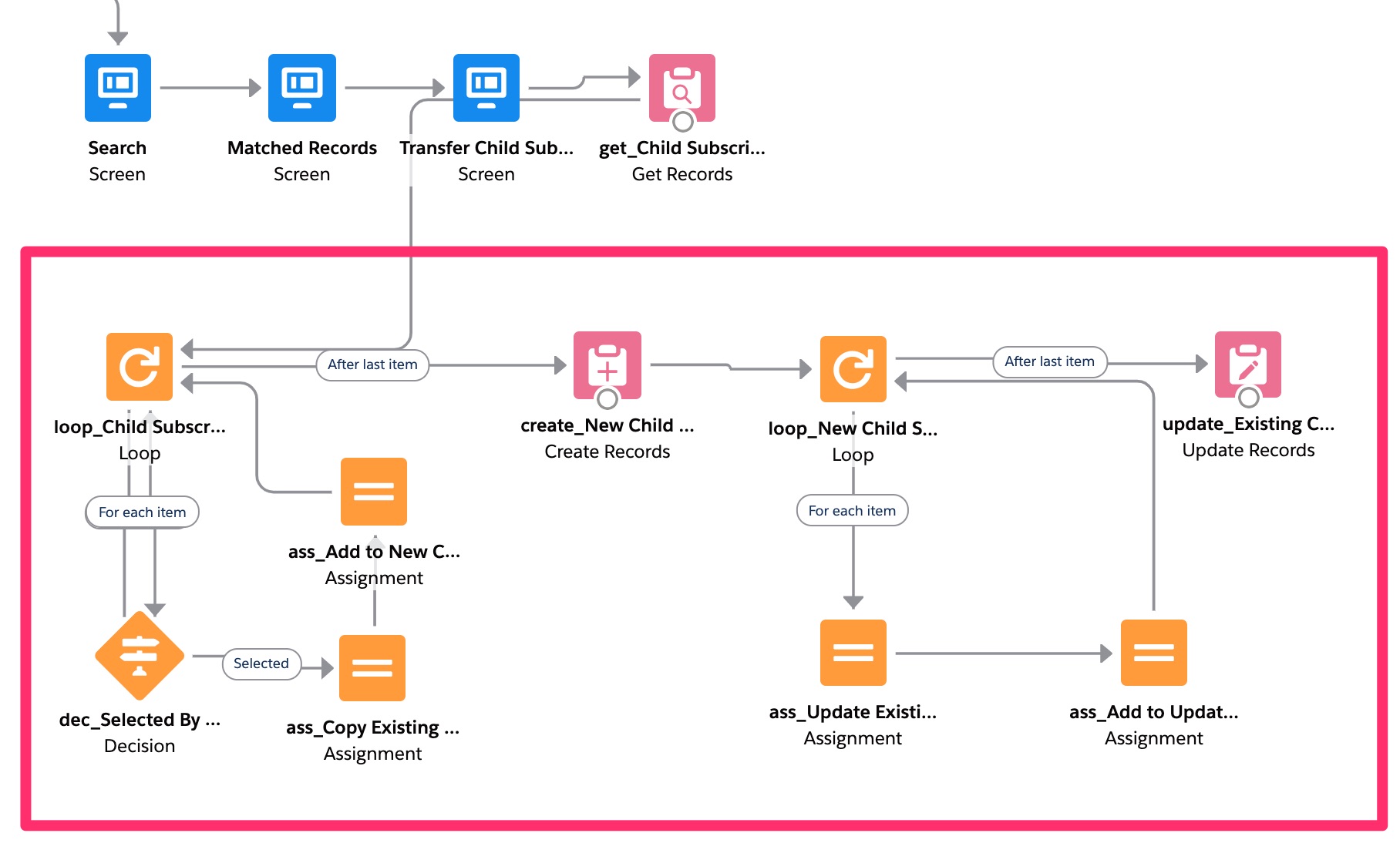 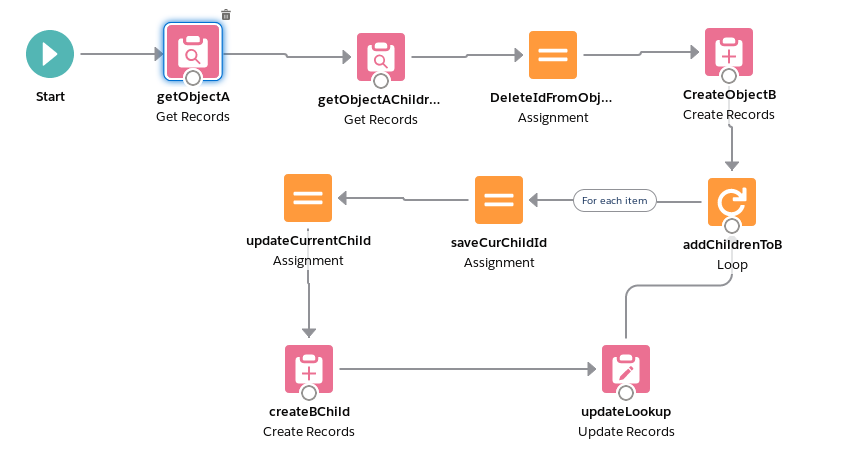 Your object B has now children : clones of obj A children
Your object A children now have a lookup pointing to theirB child counterpart.

Another solution a bit more complicated but without any DML in loops : 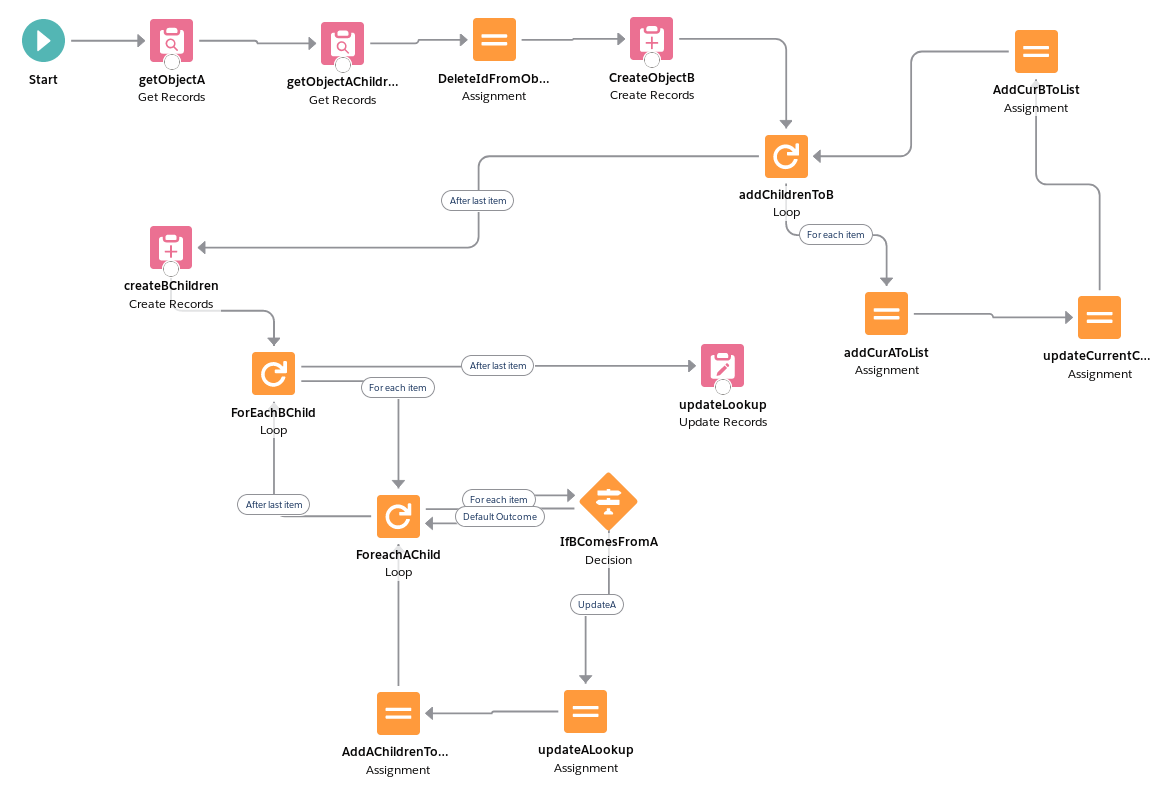 I used Accounts and Contacts, and the Description field to simulate the lookup. 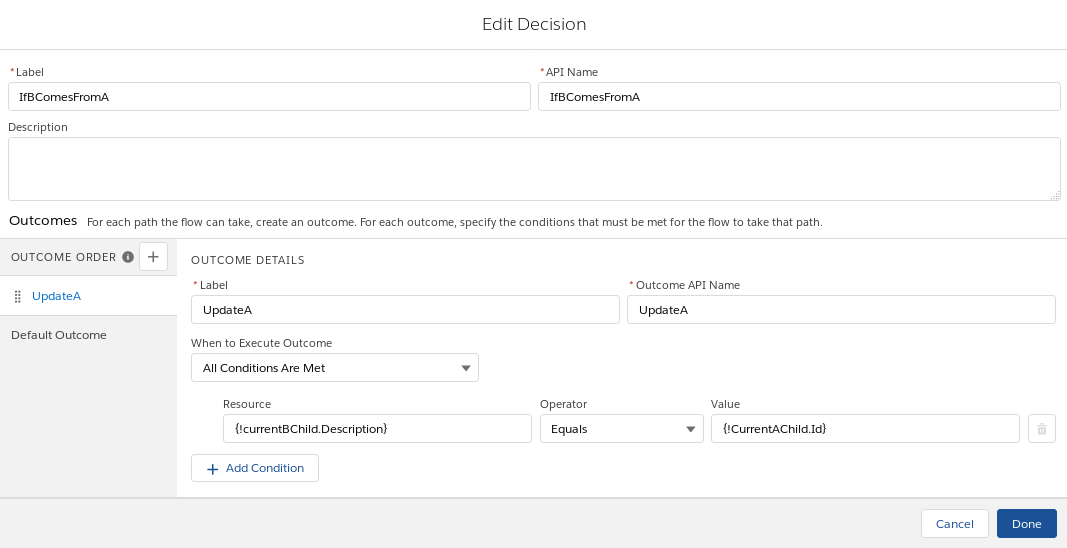 0
How to use Loop and Assign in Flows to clone permission sets?
4
Flow - How to retrieve first value of a collection variable?
0
Access index of sObject collection using flow builder loop
0
Flow Variable collection to Flow variable
0
SFDC Flow Loop to add multiple strings to a text area field
0
How to iterate a loop in a flow