The Impact of the June 2019 release

Attempts to assign the campaign

To solve the campaign name issue I tried the following:

Right now the only the only way to assign a campaign seems to be be this:

This is not good for several reasons:

Has anyone else had this problem and found a easier workaround?

The issue has been fixed with the January 2020 release:

Find Your SMS Analytics Faster with the Updated Message Name

Track Your Cross-Channel Content with SMS Campaigns in Journey Builder

You can now add campaigns to the SMS activity in Journey Builder to track your cross-channel content.

The screen below shows places needed to configure to set both the text message name and the associated campaign. 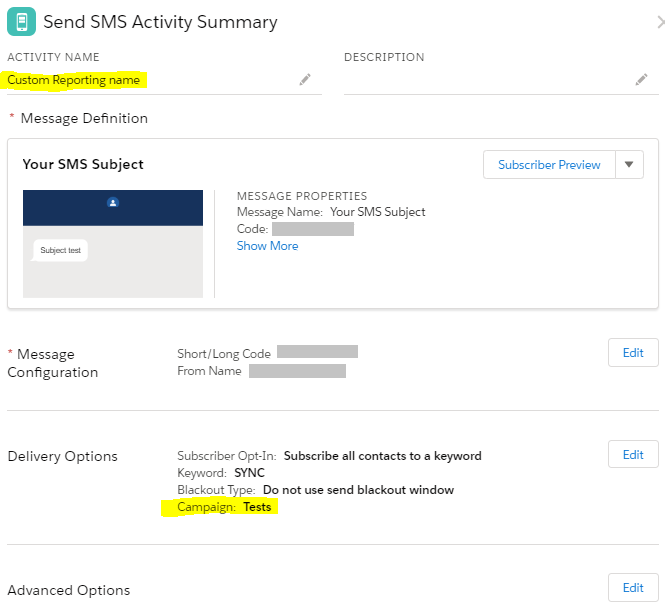 Upon activation a new text message of the Outbound - Interaction Template is created in Mobile Connect that will use the proper text message name and have the campaign name associated:

Not the answer you're looking for? Browse other questions tagged marketing-cloud reporting journeybuilder mobileconnect content-builder or ask your own question.