There are other general questions regarding SSO here and here, but I'm specifically running into this error when using ADFS as the IdP:

Incoming SAML message is not properly formatted, or has elements which are missing or invalid.

We're using the correct version of SAML and tried a few Claim Rules of:

I have also tried:

which is outlined in this documentation and also here albeit is for Salesforce CRM.

I've also used the Chrome SAML Message Decoder to pull the trace details and it seems that at least one of the claim submissions is correct. But for some reason, Marketing Cloud rejects the connection: 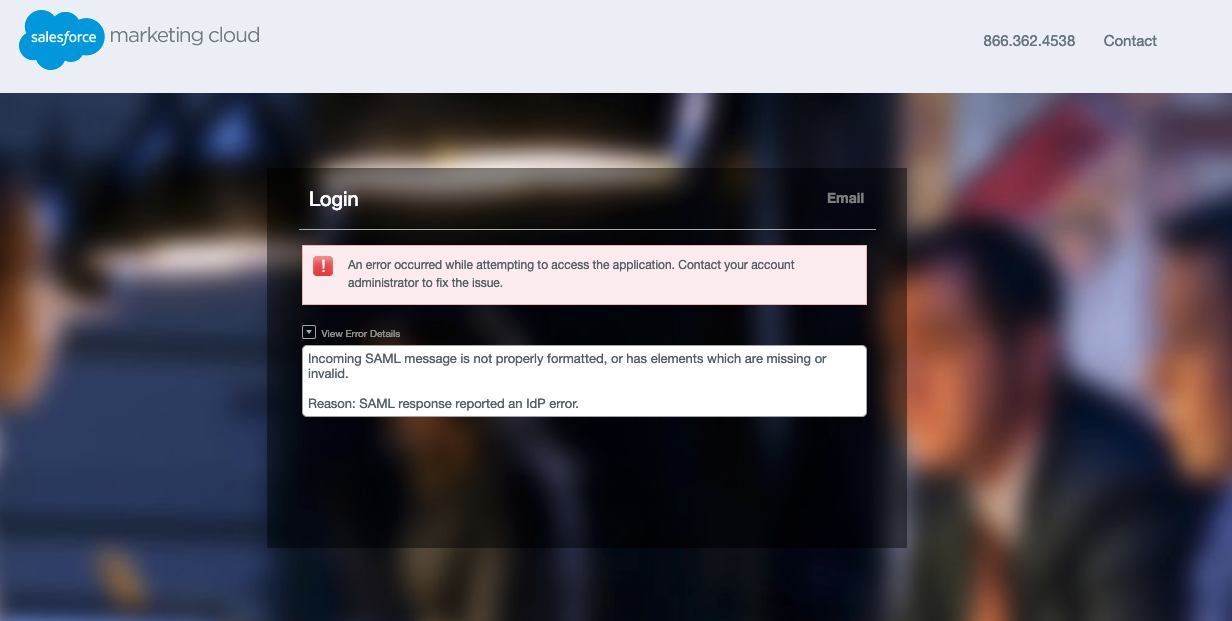 Also the documentation showing the error just says something is not configured properly.

Anyone have any ideas? It looks like I'm not the only person encountering this issue, but there's no resolution on that issue.

Browse other questions tagged marketing-cloud single-sign-on saml activedirectory or ask your own question.