Not sure why this stopped working but all of the sudden sfdx forgot my org configuration.

I pulled down the latest changes from the master branch and went to push them into my checked out branch and this is the error I am getting.

As you can see the org is available and connected. What would cause this to disconnect and how am I able to reconnect?

I have tried everything from sfdx force:auth:jwt:grant --clientid... to sfdx force:source:deploy ... to creating a new project. Has this happened to anyone before?

But I can see that the files are there: 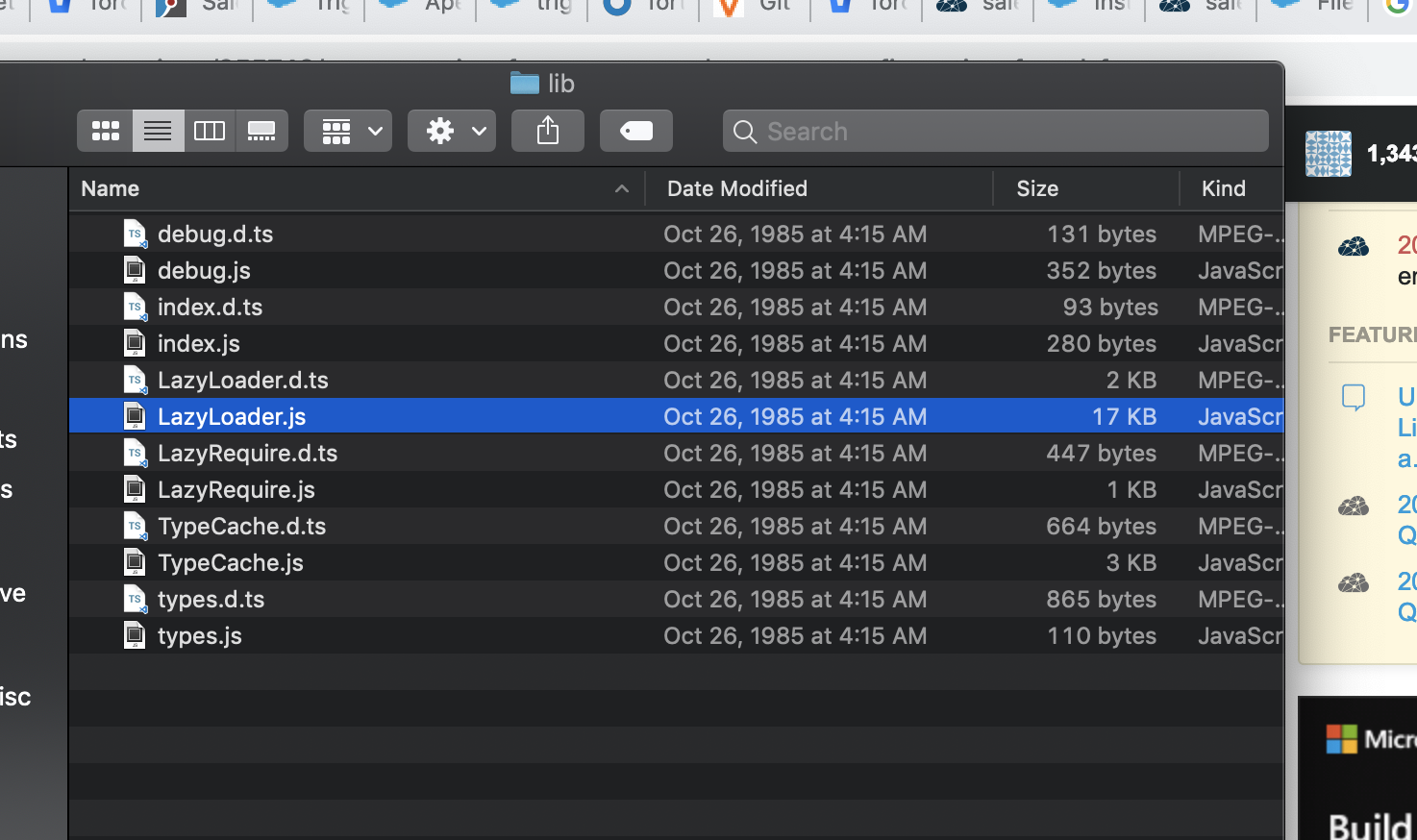 Ya, this is most likely from the CLI upgrade, and installing the plugin again probably won't help.

It might be because your alias contains .'s in it which I didn't think worked in v6 either. Can you try to update your alias and see if that resolves it?

Do not plugins:install salesforcedx. This is a common mispractice and should not be done, since the CLI is bundled with salesforcedx already. It just takes up more space on your machine. The only time you would need to manually install salesforcedx is if you need to tie to a specific version or pre-release. i.e.

That missing @oclif/config is a known issue when installing salesforcedx in v7 and will be patched.

I ended up having to uninstall and reinstall sfdx. You can see my solution here:

I am going to mark Amphro's answer correct as it is the answer to the post. This answer is just one way of resolving my entire issue.

Not the answer you're looking for? Browse other questions tagged salesforcedx scratch-org force sfdx-plugin cli or ask your own question.