I basically have the same problem that was described here Invalid conversion from runtime type MyClass.A to MyClass.B but i'm unclear as to what the solution is

I have a virtual class A and classes B and C that both extend A. A has some fields, B and C do nothing have anything in them and are only used for the class name.

I have a method which return an A object. I then want to cast this object into a B and a C. Why am i getting this error?

EDIT: apparently the solution is to create another helper method that will take a parent object as an argument. You create a child object, modify that object in your method (you can modfy both chil objects in the same way), return it as an object and then cast that object back into a child. Idk why but that worked.

This is the expected behavior for any Object Oriented Programming.

What you have currently returning from your method is the instance of the Parent Class, and thus it cannot be cast to an instance of Child Class.

Only if you had your method something as below, it would have then worked.

This is class A 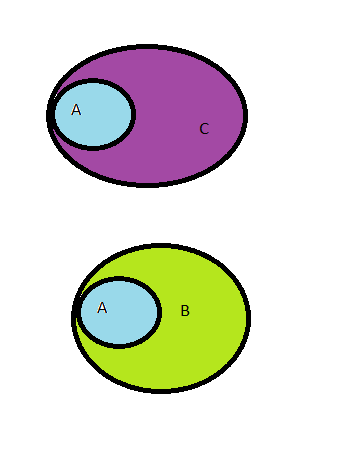 Now when you try to put an instance of Class C in Class A, you can as C has A in it, so

But When you try other way round, Trying to Assign Instance of Class A in Class B. It will have blank hole for properties /method of B which you cannot call as you have instance of A .

In order to avoid that, compiler stops you from doing so.

Not the answer you're looking for? Browse other questions tagged apex class inheritance or ask your own question.