I'm getting the following error when running dataloader (inserting new quotelineitems), however an identifcal anonymous apex works fine - any thoughts?

Error: The price book entry is in a different price book than the one assigned to the Quote, or Quote has no price book assigned.: Price Book Entry ID

I tried including/excluding Product2Id - but the error is the same either way. 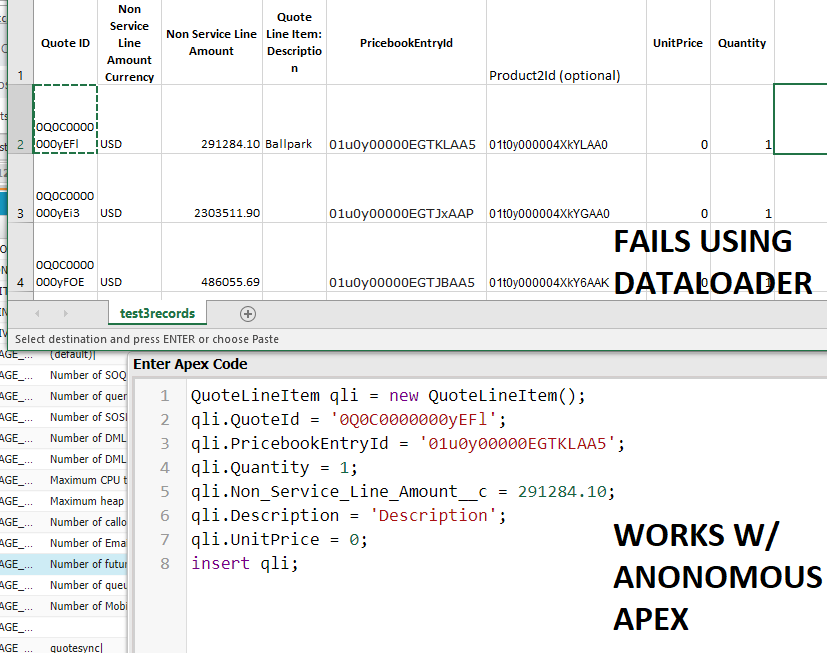 Check your usage of the QuoteLineItem.Product2Id in data loader. From the docs for Product2Id:

I suspect you don't want to be setting the Product2Id via DataLoader as it will try and put it in the standard pricebook, which will likely conflict with the pricebook on the quote. Or something like that.