Code coverage error when deploying to another sandbox, but Salesforce doesn't show which classes are missing coverage

As the title says, I'm trying to deploy some code and metadata from a sandbox to another. The deployment compiles successfully, and the tests pass too, but the deployment fails with the "Code coverage error" message.

The weird thing is that no coverage errors are shown. Usually it displays to the user which class is missing coverage, and how many lines are covered by the tests that were run. 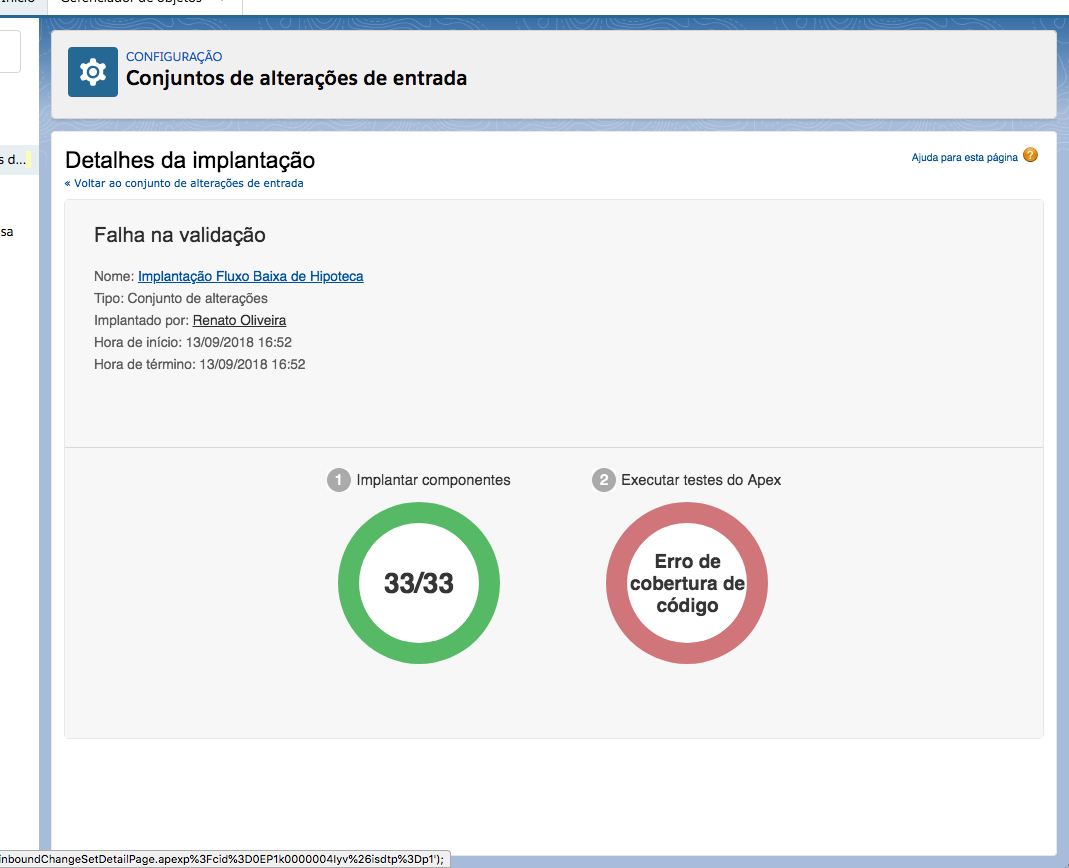 What can be causing this?

Note: both environments are on API 44 (Winter '19). This is a single-language org, so the interface is in portuguese. But as you can see, no classes are listed.

I encountered the same issue as recently. We have an appexchange app that handles deployments to different orgs using the Metadata api. Since we upgraded we got support cases mentioning that the deployment was running all good, no test failures reported but there was a code coverage error without specifying how much percent is missing (what is the normal behavior). And even if the org had more than 75% apex coverage.

After digging deeper in the issue we found the following cause:

Since Winter'19, API version 44.0, Salesforce is also checking code coverage on flow as soon as they are deployed as active. You can find the information in these release notes:

However the release notes state that this should be activated on the org and if not active the coverage is not applied. Again some deeper investigation from our side and we found that the setting is only available on production orgs (default false) but not on sandboxes. So deployments to sandbox always seem to calculate code coverage on flow or process builders. This was causing the deployments to fail unexpectedly, we found the actual error message in the FlowCoverageWarnings object received from checkDeploymentStatus method in the metadata api.

I'm not a 100% sure that what you encountered has the same cause, but I'm inclined to say it is.

I see only two options to avoid this in the future, either don't run tests deploying to sandbox (not really advisable) or provide test classes that cover process builder / flow logic so that it provides >75% on them.

Hope this helps you further!

Tests passing doesn't necessarily mean that you have adequate coverage. You could run in Developer console from the original org and see what your coverage percentage is. If these are not identical orgs, you will run the risk of your additions pulling already low coverage down further in your target org due to the increase of lines of code overall with your code.

I would suggest taking an audit of your code on both ends to ensure your coverage at your target org is as high as you can get it, as well as the code you're deploying also being as close to fully covered as you can make it.

You may find that the coverage in your target org was already quite low due to required field changes which may cause a test class to become outdated as it may no longer meet conditions to enter certain blocks of code if the test classes are poorly maintained.

Developer Console View of Coverage and classes without coverage:

Not the answer you're looking for? Browse other questions tagged unit-test deployment code-coverage or ask your own question.