When setting a Journey Builder Goal, what does "population" refer to?

In Journey Builder, when I want to set a goal for a journey, I can choose to target x "% of the population".

The "term" population can be rather confusing though. For instance, there is also the notion of "populations" inside Data Designer.

So what does it refer to? 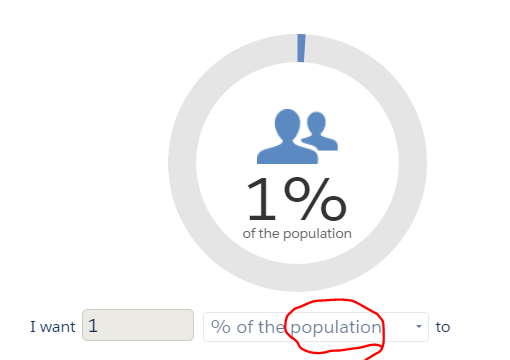 A "population" within a journey is unrelated to the concept of populations within the Data Designer (the latter is sometimes also referred to as a "root data extension relationship").

As explained by SFMC within Data Designer:

Use a new population to segment a large group of contacts within your account. The Marketing Cloud recommends including only two to three populations within an account. Create a population only when you need to address a large and specific segment of your contacts.

Instead, a "population" within a journey simply refers to all the people who have entered that journey. This is the number displayed on top of your "flow" within the editor, and can also be toggled in the top right:

Not the answer you're looking for? Browse other questions tagged marketing-cloud journeybuilder goals or ask your own question.