How to stop the top of a tall SLDS modal from being clipped?

I am using the SLDLS modal styles as documented and in general they work well. Below are two screen shots where the first has a small amount of lines (<p>Line</p> repeated) but the second has many more of those lines repeated which causes the top of the modal to be hidden.

The modal is created from a component that is being presented via a Lightning App Builder page.

Is there a clean way to fix this problem e.g. a small addition to the CSS? 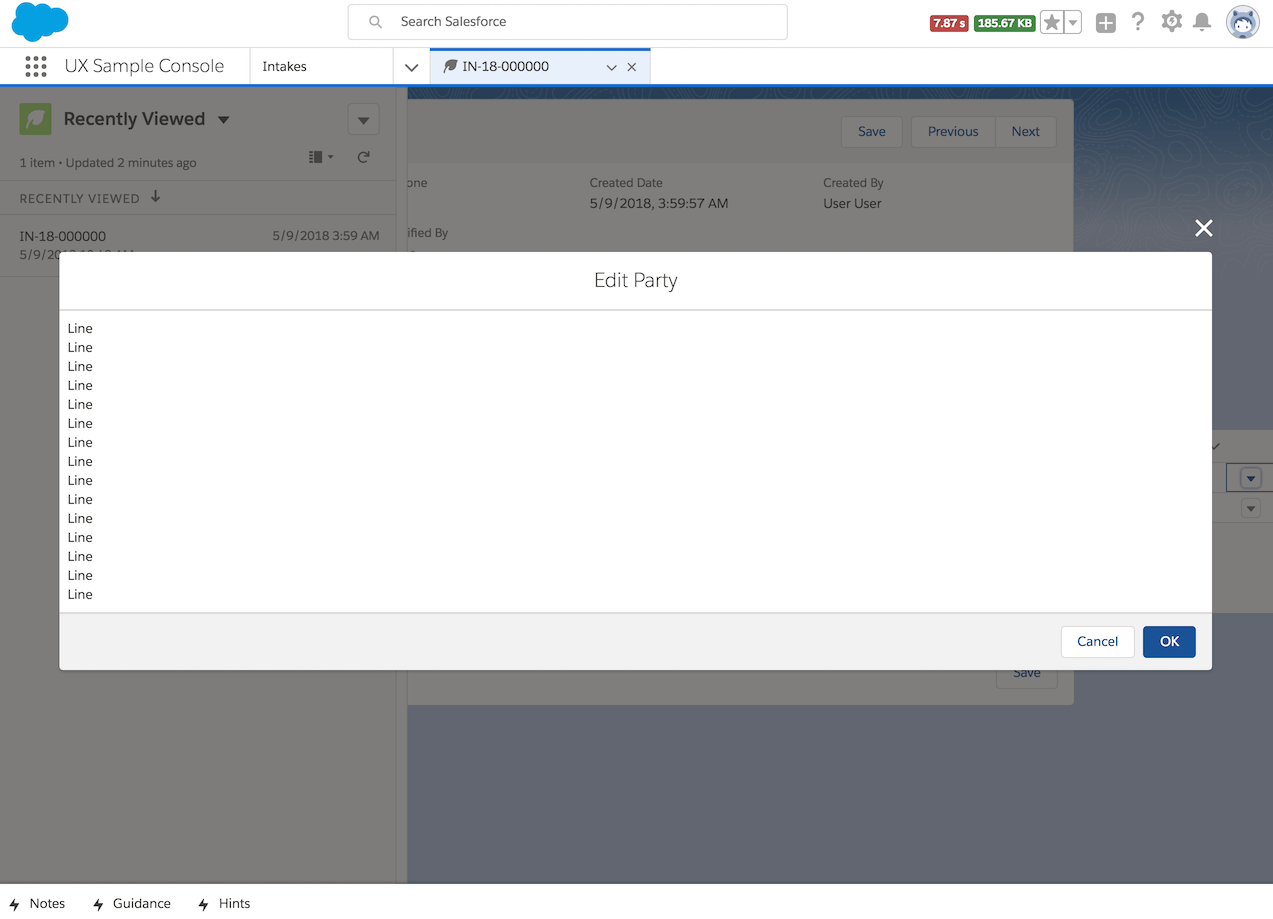 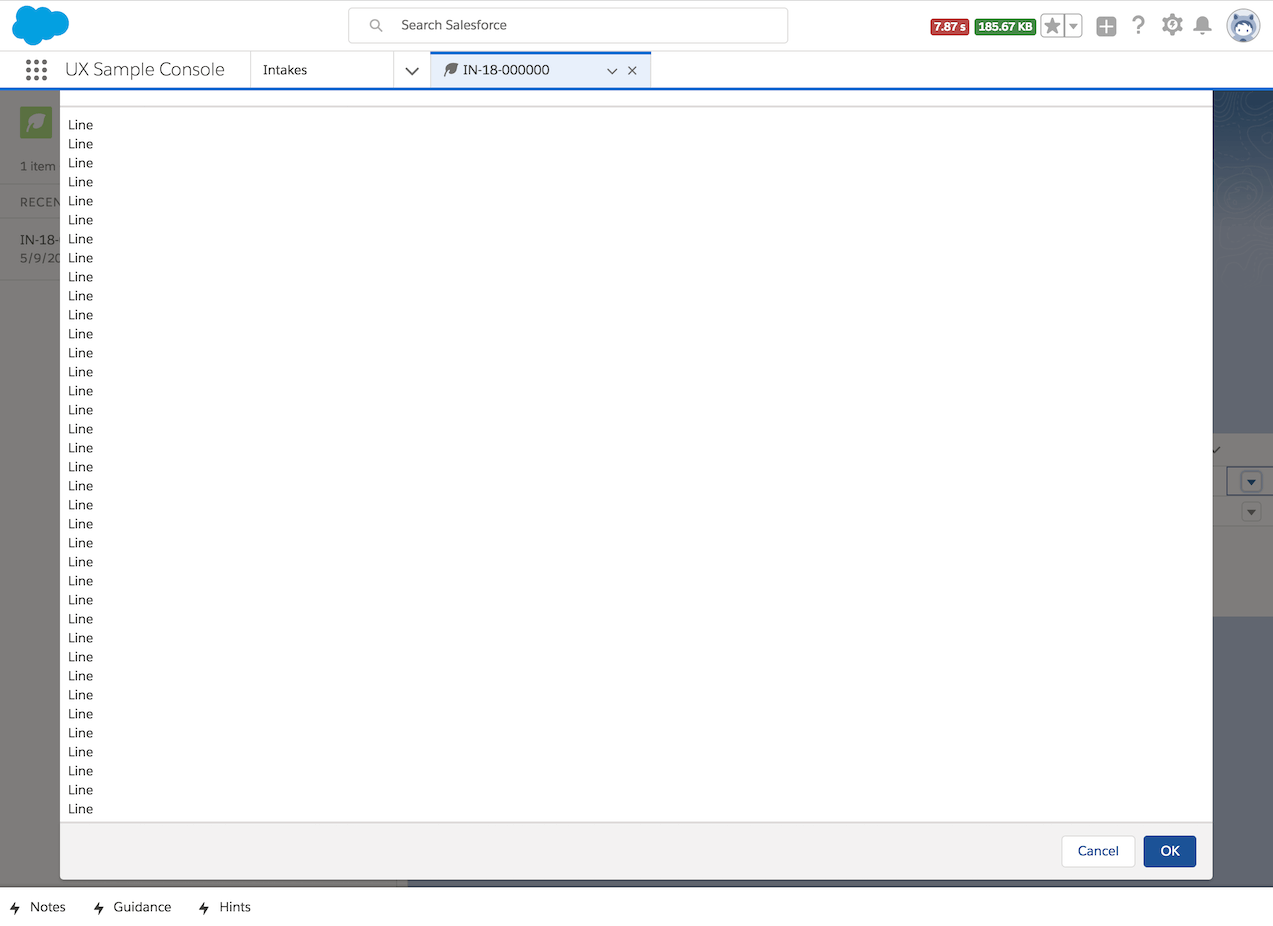 lightning-aura-components slds modal
Share
Improve this question
asked May 9 '18 at 18:03

Use the ui:scrollerWrapper to impose a maximum height and automatic scroll bars.

The approach I have taken for now is to add this CSS to the component that contains the modal:

Not the answer you're looking for? Browse other questions tagged lightning-aura-components slds modal or ask your own question.

2
I am trying to use slds classes by extending app extends=“force:slds” but the slds classes are not being loaded
2
Inconsistent Scrolling Behaviour in Lightning Quick Actions
1
Close lightning component modal from within the modal
0
SLDS Grind: how to prevent the inner spacing form being bigger than the outer spacing?