How can I get additional code coverage? I'm getting a de reference to null pointer that is preventing the conditional branch from being executed in the test. 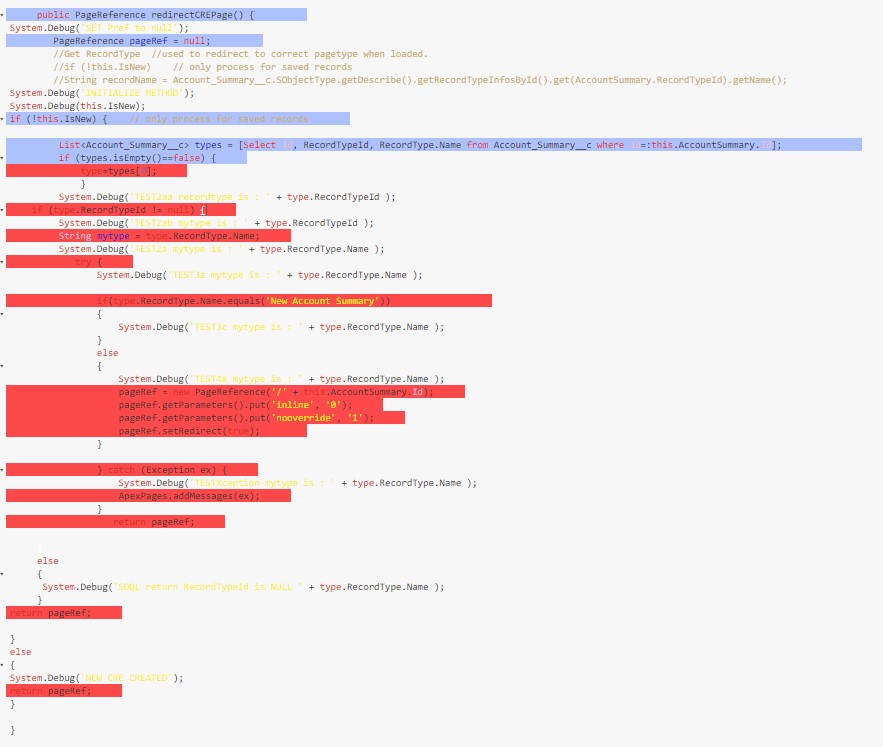 Your unit test is passing in a new record:

When instead you should be passing in the existing record:

You should get rid of the try-catch block, and ditch all the system.debug statements, as well as getting rid of the unused variables in your code.

You're going to also need to use a second unit test to cover the situation when the record type is not "New Account Summary".

Your code is presumably failing because if(types.isEmpty()==false) is false (no record was queried), which causes a null pointer exception in the next debug statement (system.debug(... type.RecordTypeId)).

Not the answer you're looking for? Browse other questions tagged apex unit-test or ask your own question.