I have a multi-step Approval Process with a step which will require approvals from multiple individuals in order to advance to Final Approval. I have a Status field on the record. I would like for that field to be updated to say "Approved By User A" or "Approved By User B" upon approval from the appropriate user. And then after the second person approves it the Status will say "Approved By Both".

However, I don't know how to update the field to indicate this because I don't know how to work this type of logic into a single step. Since I have two fields which have the names of the approvers (ApproverA__c ; ApproverB__c). Then I thought I'd be able to check the $User.id and compare to the two fields, and then set the Status as such ("Approved By User B" etc).

Approach actions can be performed at each steps.

In the approval step, click on Show Actions link to expand that.

Define approval process as specific above 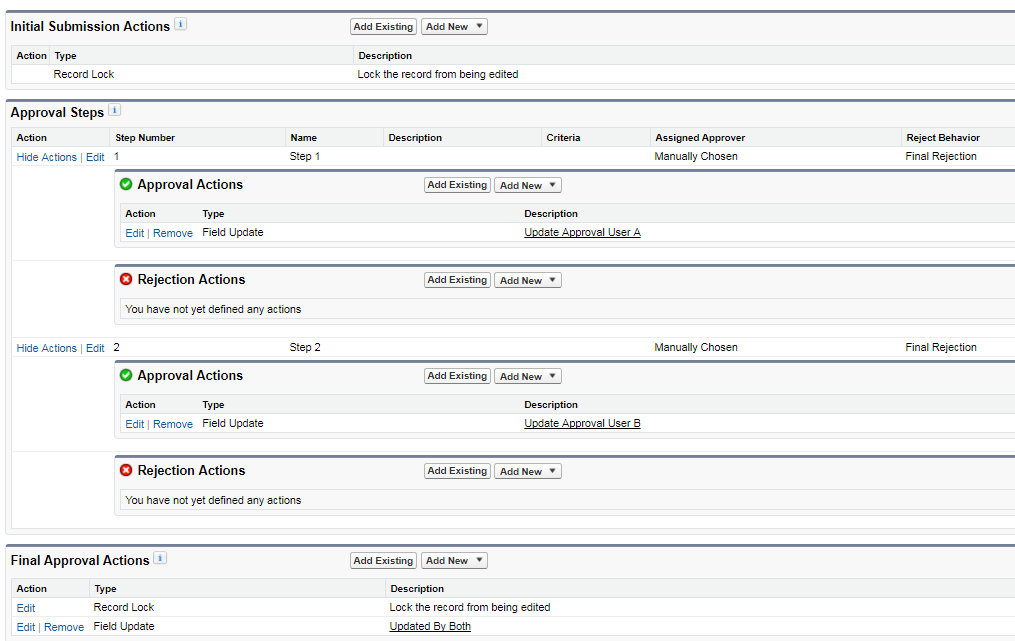 After first step approval, see that "Approval User A" value in the field which is getting updated from Step1 field update.

After 2nd step approval, see that "Approved by Both" value in the field which is getting updated from Step 2 field update.

Update based on comments

Not the answer you're looking for? Browse other questions tagged approval-process or ask your own question.