I found this question very interesting: Programmatically Determine Which Objects Allow Lookup References to Them?

In my naiveté, I thought perhaps this question could be answered by using the Tooling API to try creating a lookup field to each standard object type and then see which types fail. Unfortunately, the FieldDefinition type does not support the create operation via SOAP, nor does it support POST requests via REST.

At least...so the documentation claims. I was able to create a field via the REST API in Workbench and also using an Execute Anonymous script:

This discovery seemed like great progress, but in order to really use this approach to solve the problem at hand (answering which standard objects support lookup relationships programmatically), I would need to be able to delete the resulting fields or create new object types, since only 40 relationship fields are allowed on each object.

It seemed easier to just create a new object, which led me to this question: Possible to create a new sObject with Tooling API REST interface? Someone astutely noted in the comments that the EntityDefinition describe lists createable as false. Indeed the same holds for FieldDefinition: 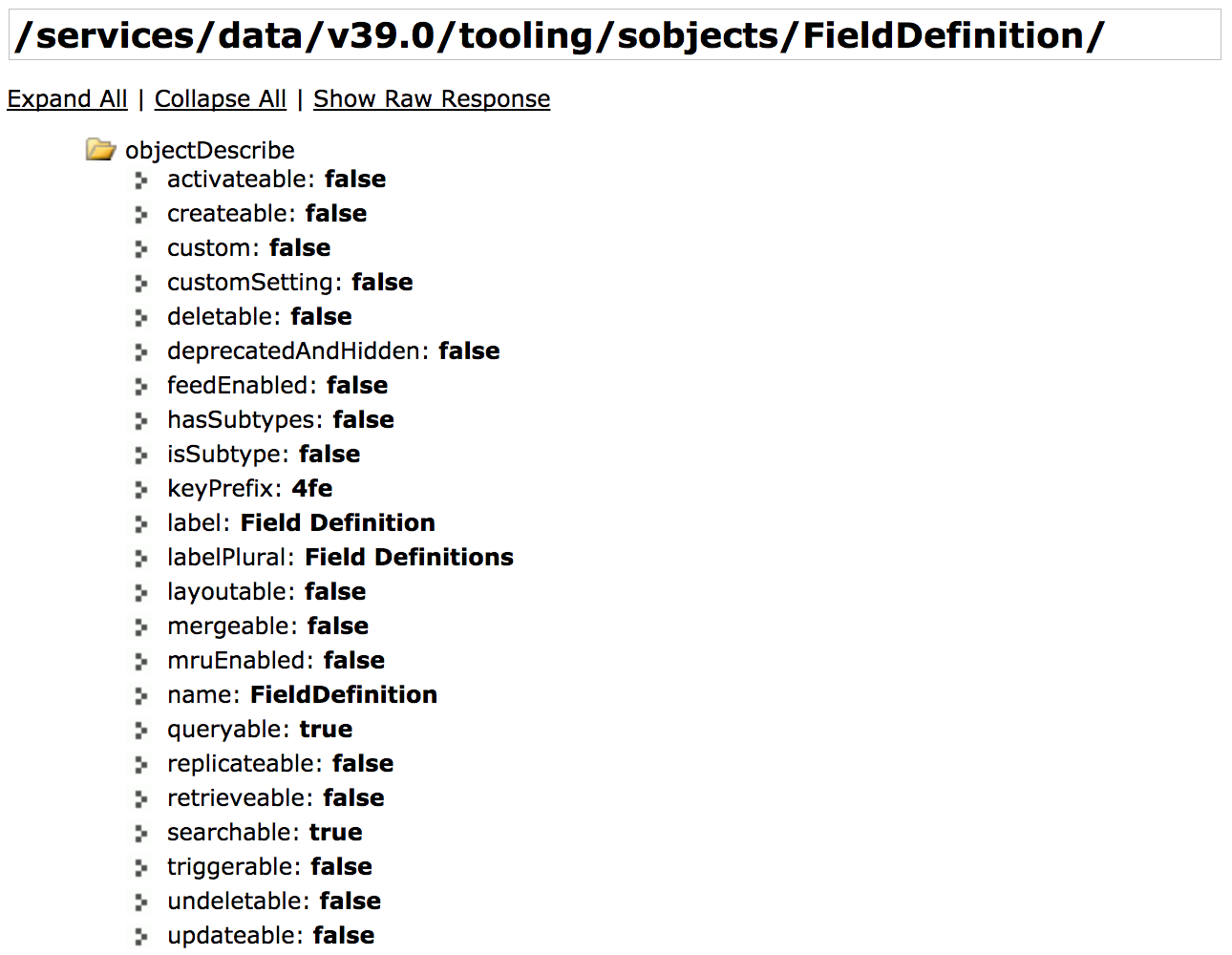 And yet, I can successfully insert a FieldDefinition. What gives? Is this behavior a bug?

For what it's worth, I was not able to make a DELETE request against this object, nor was I able to POST to EntityDefinition.

Browse other questions tagged custom-field permissions rest tooling-api or ask your own question.

3
Possible to create a new sObject with Tooling API REST interface?
7
Programmatically Determine Which Objects Allow Lookup References to Them?

7
Tooling API 'No Access to entity:TraceFlag'
3
REST API to update throws INSUFFICIENT_ACCESS_ON_CROSS_REFERENCE_ENTITY error!
2
Adding object through REST API not appearing on chatter?
1
Getting error message: “sObject type 'CustomEntityDefinition' is not supported.” when platform users call tooling API
1
How to add and remove values from multiselect picklist programmatically by using apex code?
0
Is it possible to use the Tooling API to update field level security on Profiles and PermissionSets?
2
Can a new SObject type or new SObject field be created via the Tooling API?
0
REST Api Contracts and Documentation