I am trying to understand if Implicit sharing capability can be used to avoid record locks or increasing performance of update operations on master-detail records.

I am referring to this link here. I am particularly trying to understand how the highlighted description here( which says Not used when sharing and the details of the 'Child' type of sharing) would help avoid record locks on updates of an Account with a huge amount of Contact records. 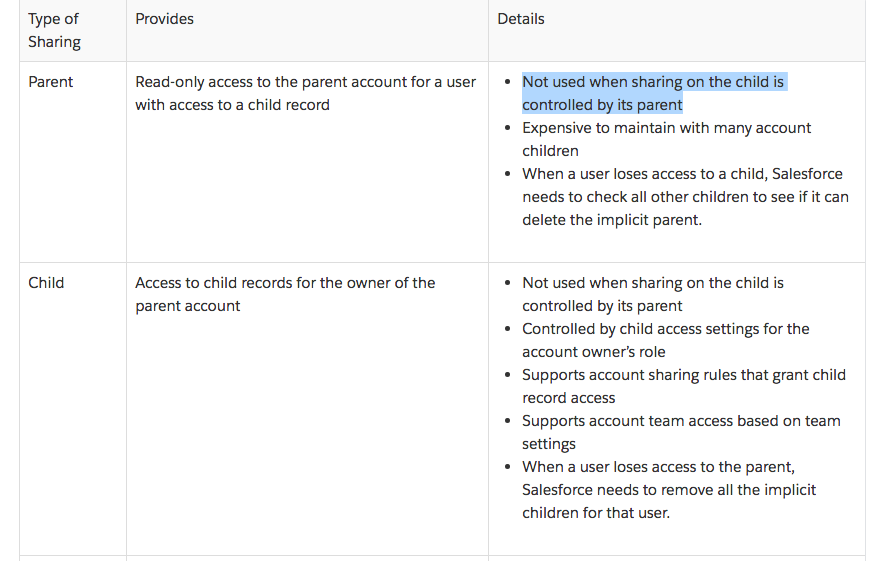 You can use this if you want to, but there are typically better ways to reduce row lock contention, such as making sure there's only a few hundred children per parent instead of lumping millions of records under a single parent, which is detrimental to performance anyways.

Implicit sharing is a system built feature and cannot be implemented by any other means (Manually or by automation). Most of these sharing permissions are applied across Account and it's related entities.

For your highlighted scenario, it is applied on parent and child account records and is not applicable to any other objects.

Not the answer you're looking for? Browse other questions tagged locking or ask your own question.