I am trying to create a flow that can duplicate an email message including attachment onto a new case from an existing case that has been closed.

So far I have been able to create the flow as attached, which create a new case from existing case as well as copying the email message over, however it doesn't seems to copy the attachment over and the flow ran without issue.  Does any one know what I have done wrong?

2) Fast Lookup on Email attachment from the Email ID from the closed case. 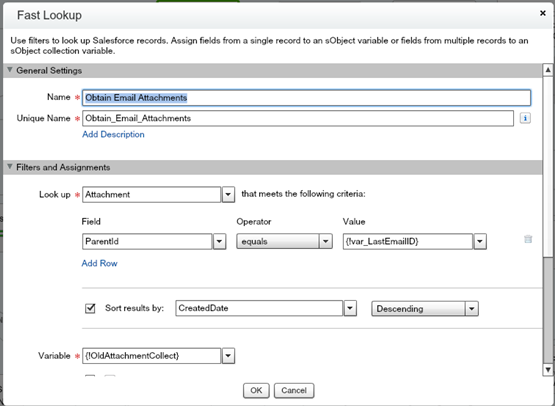 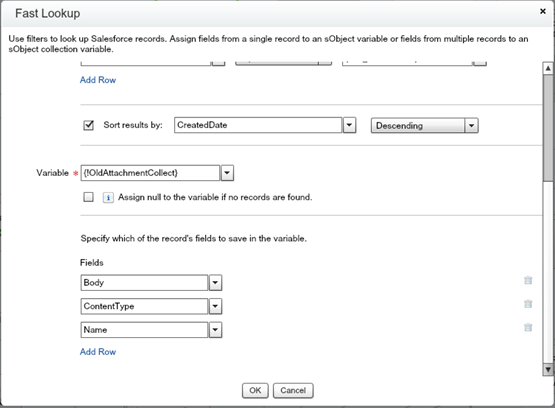 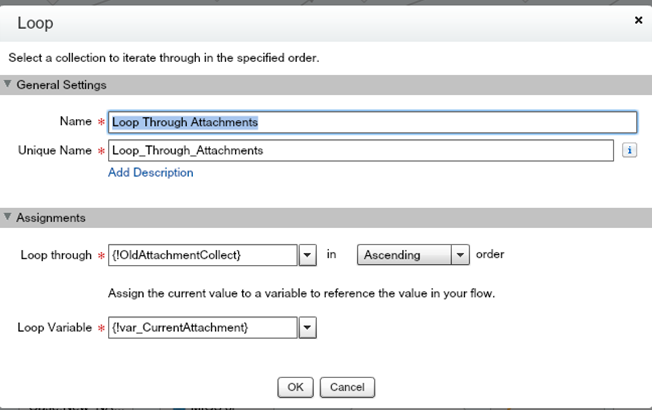 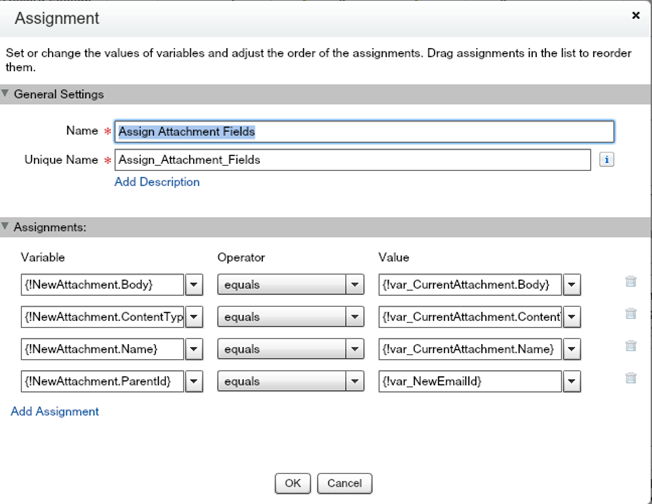 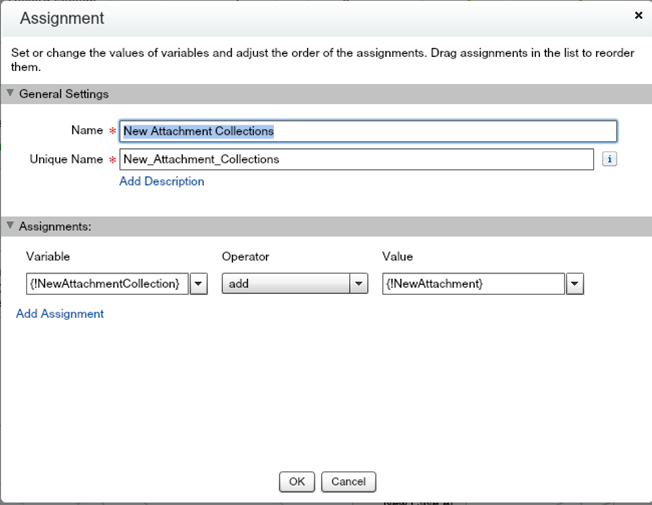 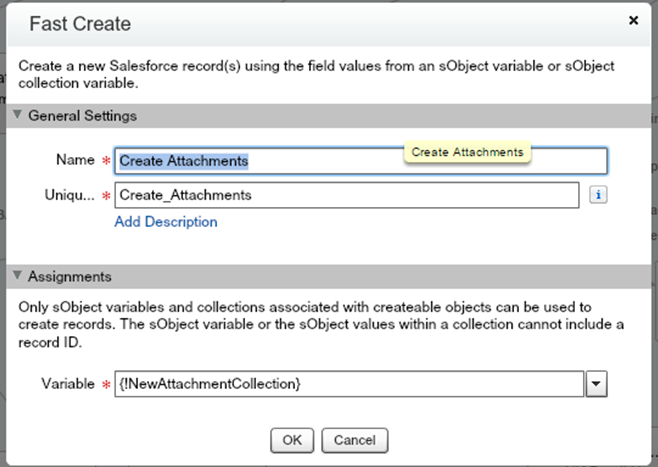 Case and Email are both successfully created however attachment is not in the email created on the new case. Can you tell me what I have done wrong in this Visual Flow?

According to your flow, when you are creating New Case store that Case Id into a variable say var_caseId.

That var_caseId to be assigned as Parent of the newly created Attachment record.

Apparently looking at the flow in this step you are wrongly assigning the ParentId to {!var_NewEmailId}. It should be like this to{!var_caseId}. 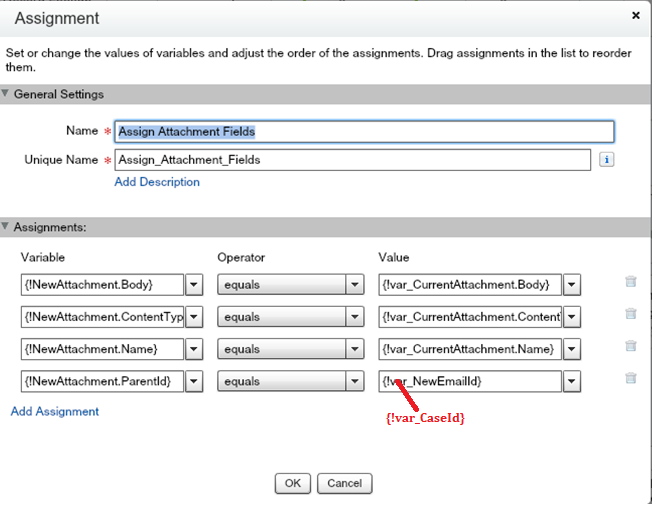 Not the answer you're looking for? Browse other questions tagged attachment visual-flows or ask your own question.

0
Move EmailMessage's attachments from one Case to another
0
How can I send an email via Visual Flow that includes a record link?
0
How to create a new record from a CSV file attachment processed by the email service in salesforce
0
Error with Parent as Required Field when Uploading Attachment from Form
0
How do I attribute a Campaign to a Lead using visual workflow?
0
Email with an attachment from Salesforce
0
How to copy attachments sent with an email from child case to master case
0
Visual Flow: Selecting a Record in a Flow Screen
2
Prevent attachment of Certain type while sending email