I used to view % of code coverage in [Code Coverage] column for apex classes, after I run the test class.

Now the column is missing. I notice about one week ago.

How can I get it back as it is so useful and easy to check which lines are cover or not?

Even in Salesforce, they mentioned it in this link

I also find this highly annoying as the old way was much more useful, but SF is really trying to push the developer console.

After running your tests, you need to select the tests you want to look at and click the 'Developer Console' button. You can then choose the test in the Class Code Coverage tab 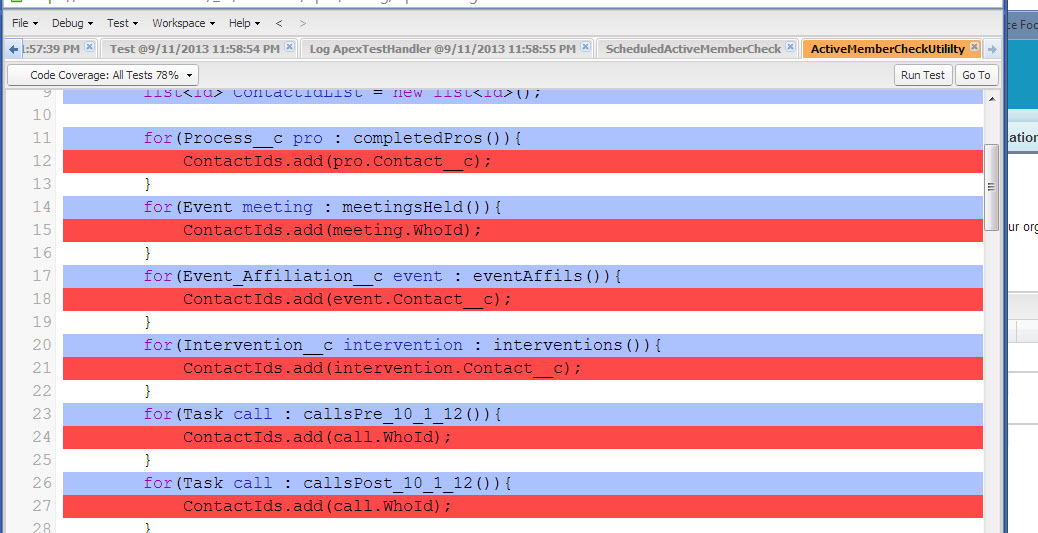 Yep, they decided to move it away to the Developer console. Which, of course, is incredibly annoying. Also, what I find maddening in the linked response is their explanation that it's costly to support multiple tools. Now, how costly for thousands of developers it is to be forced to use a half-bugged tool that keeps changing, that they don't mention.

EDIT: I don't know if this is known to everyone, but it wasn't to me, so I will mention it. In the developer console, you can click the Tests tab in the lower part of the window and then, on the right, there is a sortable list of classes with test coverage. As Kevin P remarked, it doesn't show all the classes, but it's better than nothing, sort of. Well, I never used developer console for this, so I was unaware of the functionality, although it seems obvious. Could be useful to others.

There's an unacknowledged known issue where not all classes with code coverage show up in the dev console's lower right hand box. Supposedly this is close to being fixed.

Go in Develop->Apex Classes, click the link "Compile All Classes" and then the button "Run All Tests". Once finished, go back to the classes view and the Code Coverage column should be populated.