Flows - Fast Lookup and Decision - Only Proceed If Record(s) Found

The following flow is meant to delete GroupMembeship records for a given UserID. 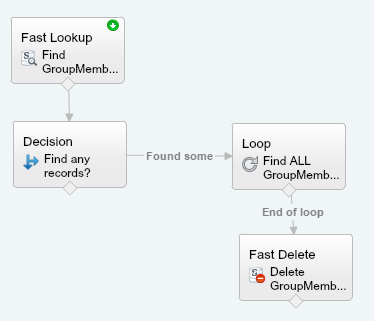 The Fast Lookup STEP 1 is as follows: 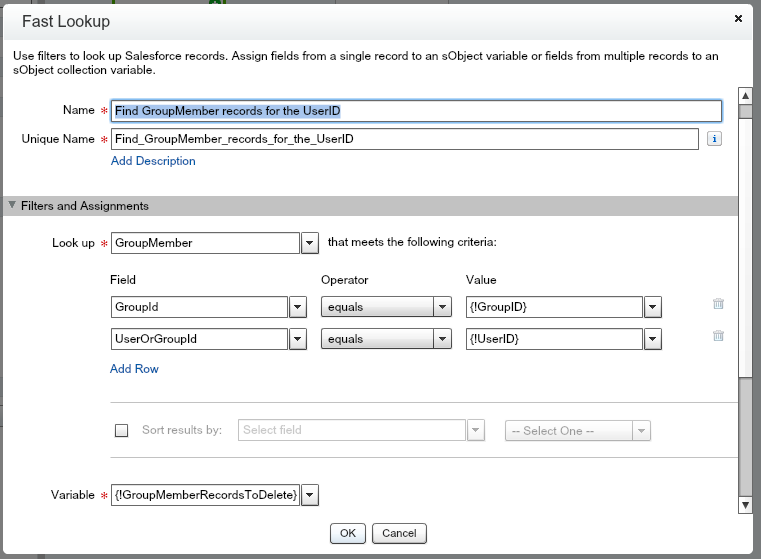 ...while the Decision STEP 2 is as follows: 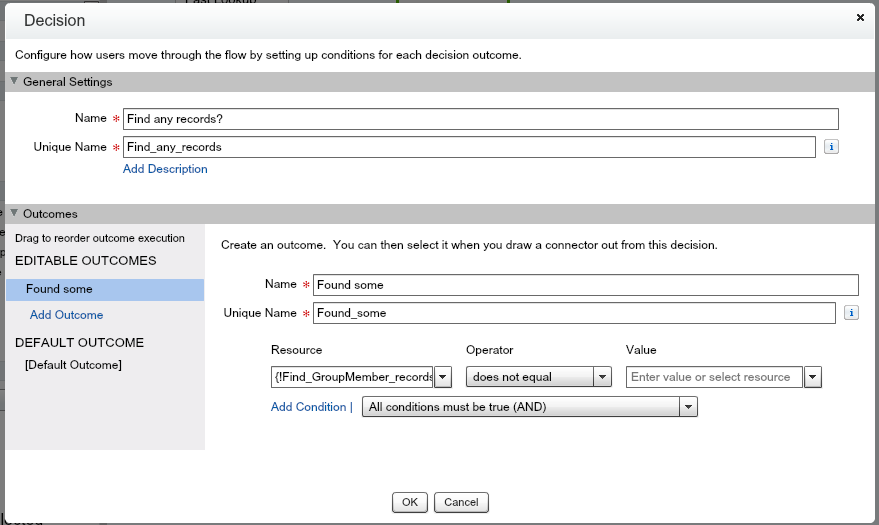 I have a disconnect mentally on making the OUTCOME work on the Decision element.

I want "Found some" to happen IF any records were found during Fast Lookup. Else, "default" happens (which is linked to nothing).

When I test this with a user who does NOT HAVE a GroupMember record for a specific group, the DECISION element is going to "Found some". Note the below Error Output (from email). Somehow when I try using the sObject I THINK should be used, and select "is null", it still demands a Value on the right side of the screenshot. When I use the name of the STEP 1 FAST LOOKUP, it at least allows use of "is null" with no value... but doesn't resolve correctly.

My confusion is that the sObject I think I should be referencing at DECISION does not allow "is null" to be picked WITHOUT requiring a "value" be set, which makes no sense to me. HELP!

I cannot add a "Screen" for debugging as this is Automated and you can't edit it after saving as Automated, even if you SaveAs.

Amm - you need to have your decision element that looks at your lookup to be: [Resource: Find_membership element equals True]

This will give you, if something is returned, do the next thing I want, and the default outcome is pointed to nothing.

In the above solution you can omit the usage of loop and simply use the new feature from Winter 18, which allows you to get a count of the records directly. That count could act as your decision maker.

So to answer this question, all you simply need to do is like:

Not the answer you're looking for? Browse other questions tagged workflow process-builder administration visual-workflow automation or ask your own question.

3
Visual Workflow - Difference between null and empty string
7
Visual Workflow - how to evaluate whether an sObject Collection Variable isnull?
1
Process Builder works only when the record is being edited,Initial Creation throws error
3
Visual Workflow or Flow, Child Record's Related Record Reference
3
In Flow, how to assign ID field to sobject variables to build sobject collection to Fast Update?
2
Question on Flow
1
Flow error “failed to find record” when checking if something exists before continuing
0
flow adding Opportunity getting Contract ID: id value of incorrect type
0
Flow not finding records