How to retrieve all available page layouts for an object?

Which results in the following XML:

I'm not sure where to retrieve all layouts from. I can do it via the describeLayouts() endpoint, but that seems to exclude the actual layout names which I definitely need.

I referenced this question and turned to the metadata file-based API calls which is shown above. I also did name: 'CustomObject' but it wasn't part of that response either. Any ideas? 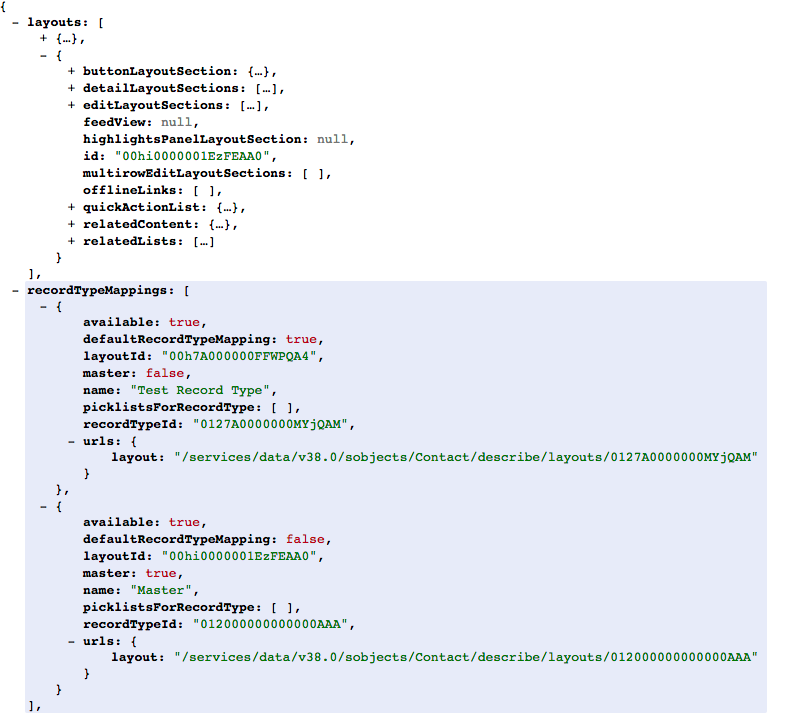 Use the Tooling API to query for the layouts:

You can read more about the Tooling API REST Calls.

Here's the raw endpoint you would use:

Not the answer you're looking for? Browse other questions tagged metadata-api jsforce or ask your own question.

3
Get all page-layouts for an object via API