Want to improve this question? Update the question so it's on-topic for Salesforce Stack Exchange.

We are planning to hire a consultant for a Salesforce development project. I am struggling to estimate time for the following project. I think that it should take no longer than 10 hours, but I am not sure. And I would appreciate some insight on how to estimate SF projects.

The table should include the following fields: "Event", "Location", "Week Day", "Date", "Time". The table should be updated every time there is new event added in Salesforce, or if old event is turned to inactive, then this event should be removed. The web page with the table of events should be dynamic: if there are more events than one window can contain, then the webpage should be dynamically scrolling the table back and forth. The website should be publically accessible. 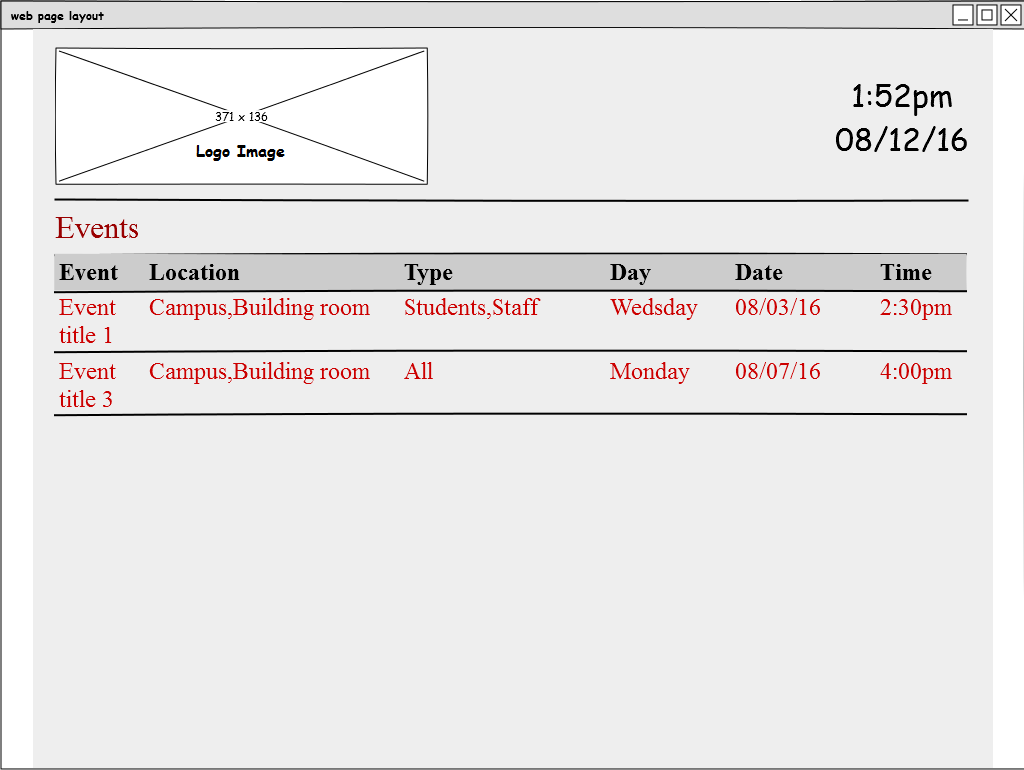 Unfortunately, there's a lot of variables that go into development, so the best you'll likely get here is an estimate that's 25%-400% of what you'll actually end up being billed for.

So, my estimates are about 4 hours and 30 minutes to 12 hours for a reasonable consultant, with the average being closer to about 8-10 hours. I'd say that your expectations are reasonable.

Keep in mind that if you're not too picky on the styles/design of the page, you can keep your costs down to a minimum and then find a website designer to finish the styling at a lower cost than a developer (many developers are terrible at designs, and many web designers are terrible at programming).

It's hard for a non-developer to even grasp how developers estimate their time. Even many developers with a decade of experience (I won't name names, but their alias rhymes with xfdcfox) tend to miss their mark by as much as 100% of their original estimate. There's simply too many variables to be 100% accurate in most cases.

Your best bet is to get a second opinion (or four). Usually, if you average all the estimates out, you'll find that that's approximately how long it would take.

Not the answer you're looking for? Browse other questions tagged apex visualforce-component force.com-sites or ask your own question.