When I load any visual flows in my org I get a load error. Most of the time it won't open the flow though sometimes it does get through on the oldest version I have available.

I tried opening a case per the instructions on the error but was bounced to this forum as it's out of scope for standard support. I'm not sure where to look to modify/deactivate/delete the invocable actions that might cause the failure. 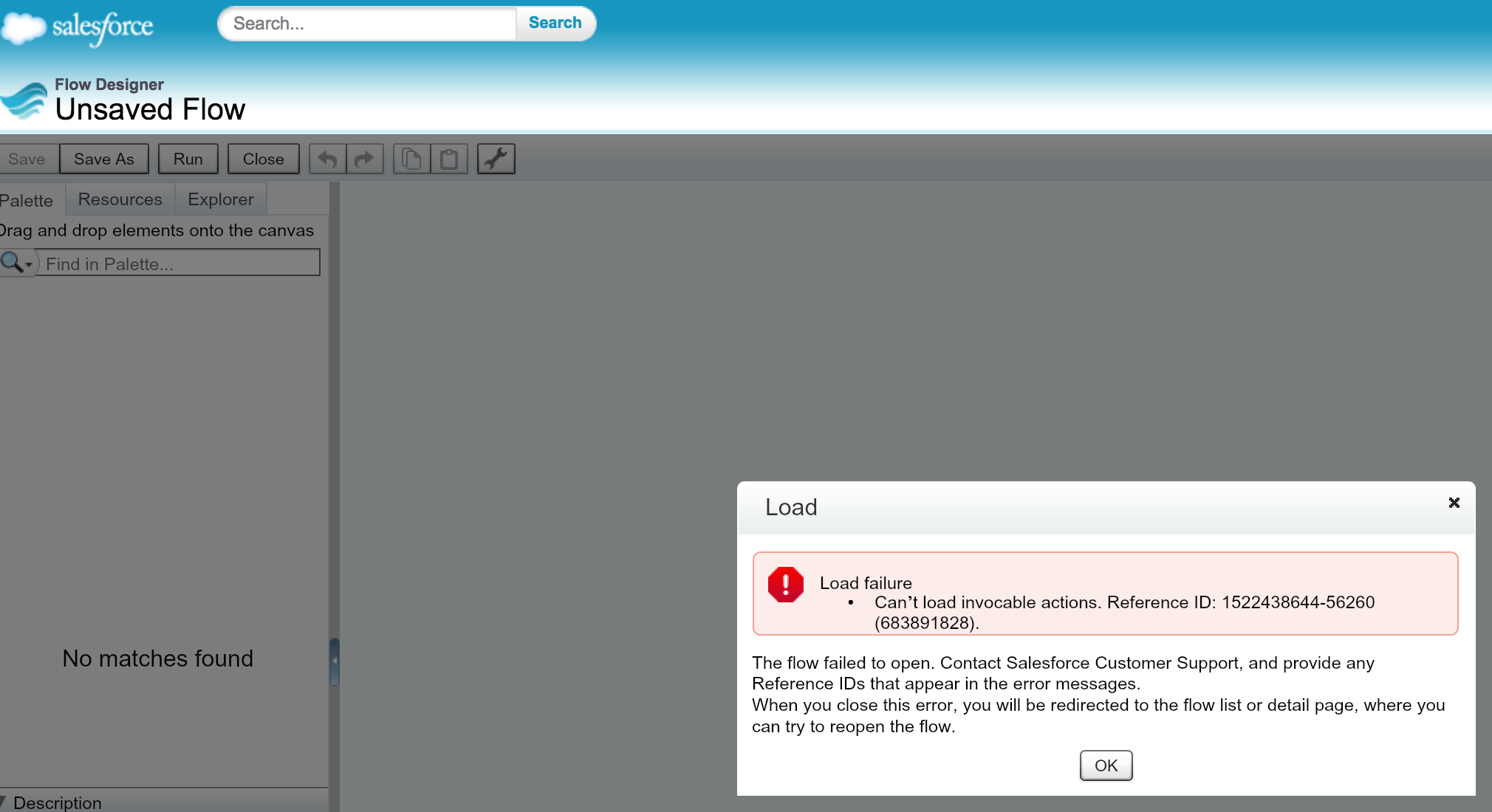 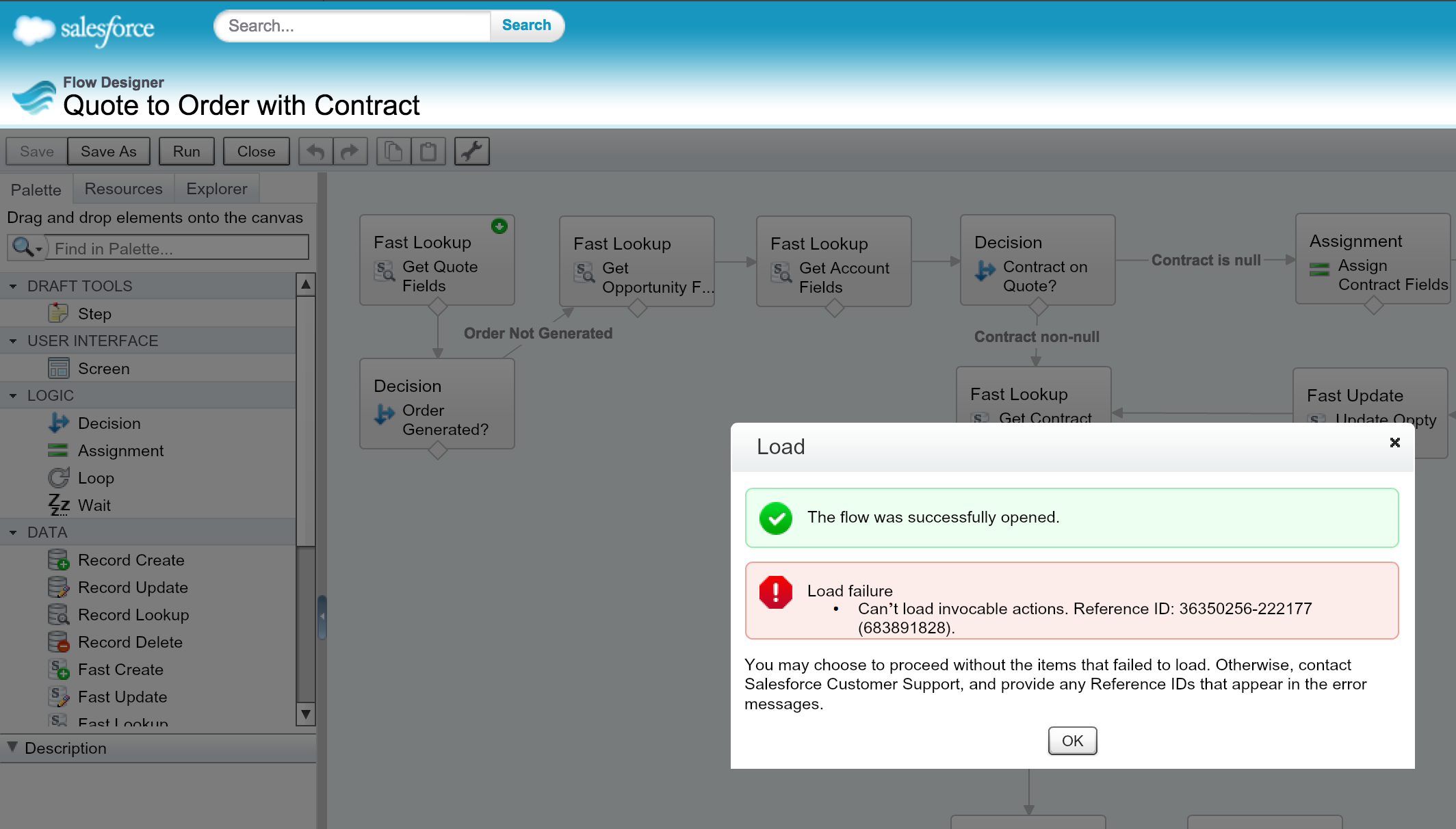 This ended up being due to a global invocable action being included in a managed package that we no longer subscribed to (for us, it was TaskRay). This will happen with any license restricted managed package with invocable actions. Additionally, the issue will only show itself in a production instance since licenses aren't managed in a sandbox.

Description
When opening a flow, you may encounter an error message that says: "Error: Can’t load invocable actions"

Resolution
The error shows up when you open an existing visual flow or when you create a new flow because all invocable actions available in the organization will be loaded in the cloud flow designer palette. Even though they're not referenced in the flow, they'll still be loaded. To resolve the issue, you'll need to extend the license of the managed package or delete the expired package.

I have experienced this today in Full Sandbox. Yesterday - Flow open/edit / save OK. Today, after pushing 1 x change-set from Production to full sandbox - not ok.

I can open/edit Process Builder, but not existing flows, or flows contained in the change set. Sandbox has been up since 12/9, many flow edits since then. Only 1 managed package change back on 12/14 (FSL). I don't see any expired managed packages ...

Not the answer you're looking for? Browse other questions tagged flow visual-workflow error-messages or ask your own question.