I recently upgraded to Force.com IDE v36. I have done this both on Kepler (4.3) and the latest Mars2 (4.5) versions of Eclipse. Setting aside my anger at the loss of a 1-click "run the test I'm looking at" context menu item.....I don't understand how to run a test. Can anyone please educate me, I've been at this over an hour. I set up a Run Configuration like the following: 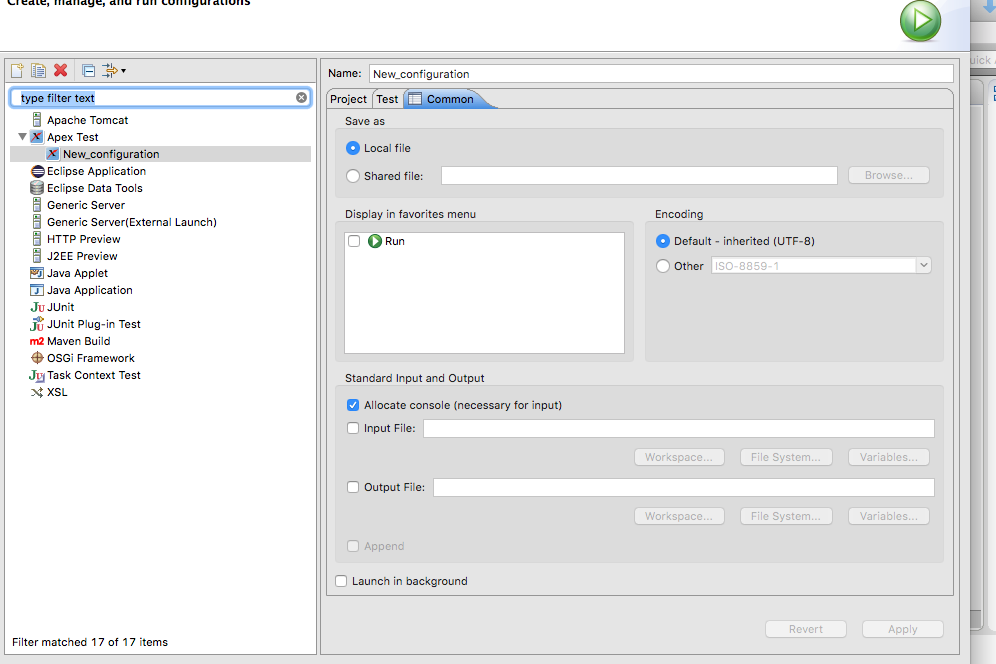 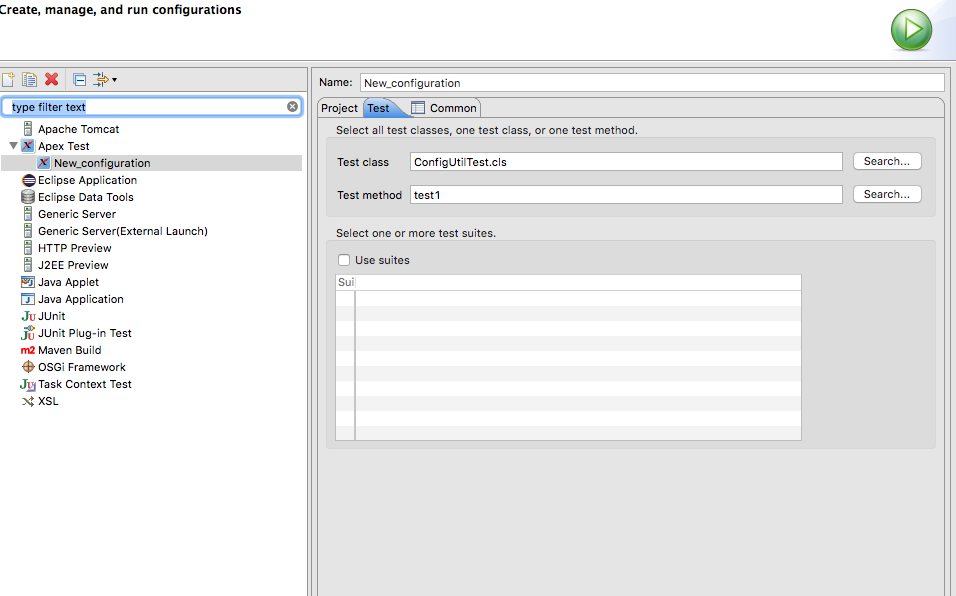 and when I run it I get 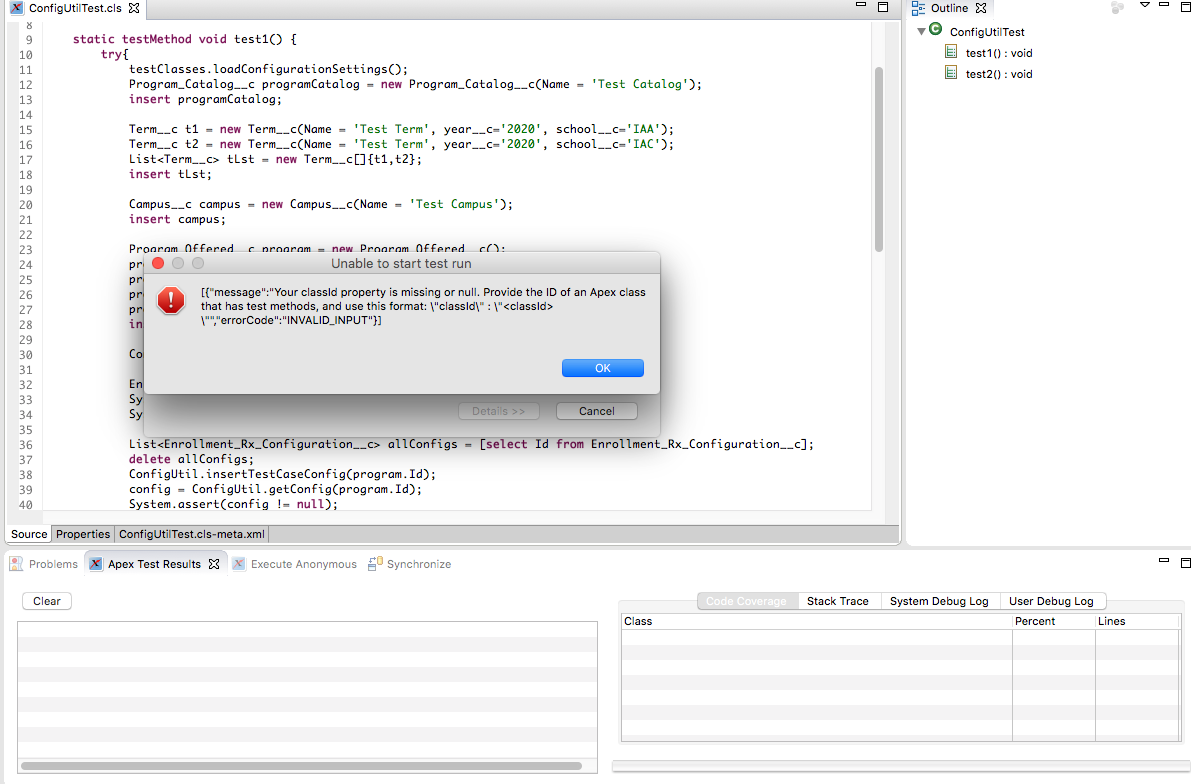 Update: today w/o any changes it runs and instead of the error I get a clean run, but no data (see attached). And yes I've tried this on tests w/o seeAllData set as well. 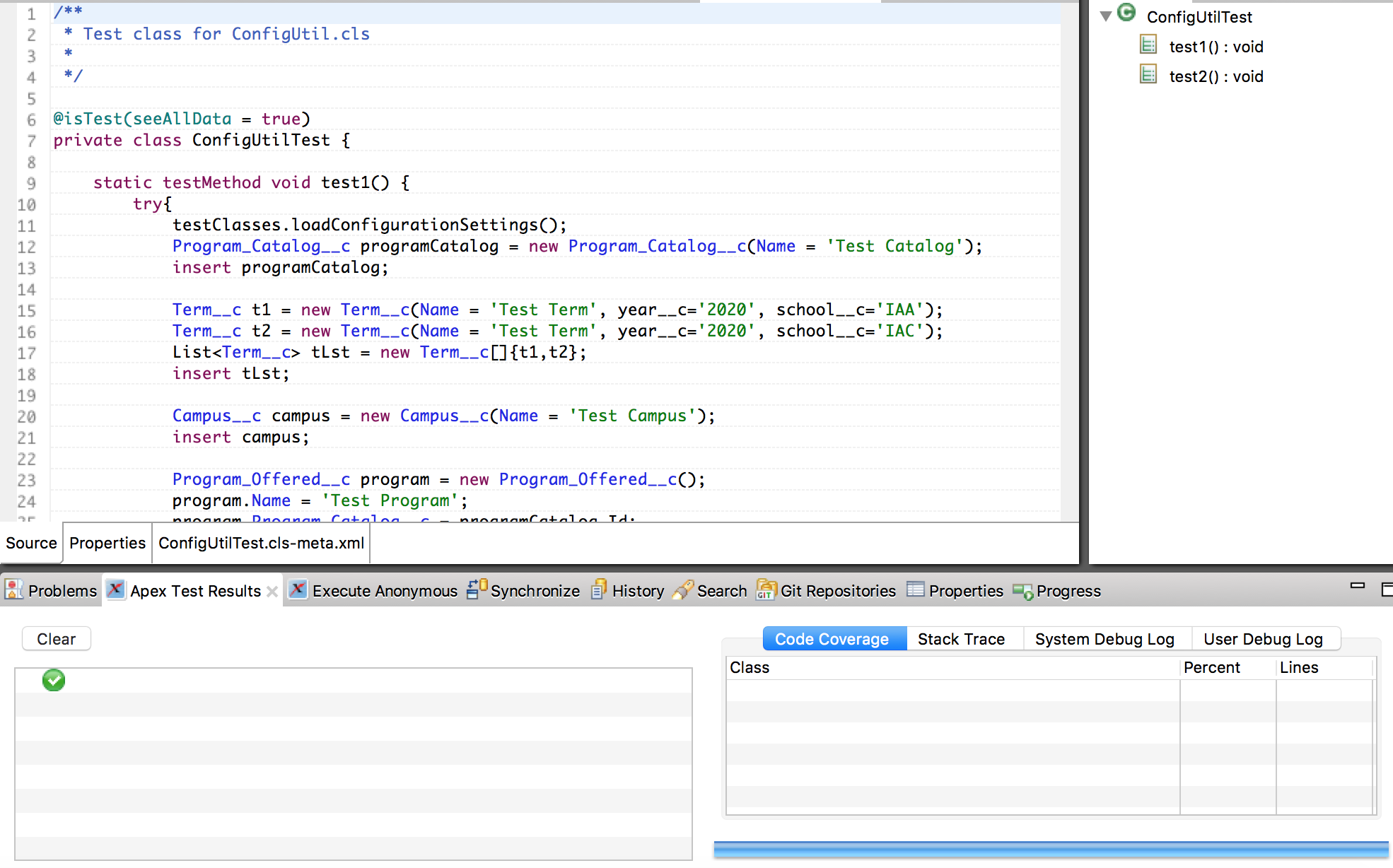 It looks like the class you're trying to run isn't associated with the particular class that it tests. I can't tell from the screen capture if it's a utility class of some kind for configuring environments and/or creating objects perhaps (I do see that it has methods)? If so, it would be called from your test class and wouldn't run on it's own, or.. it would have it's own test class. It all would depend on how it's written.

What I also suspect is this: Normally from a PROJECT in the hierarchy, there would be a classes folder which would contain both the class you want to test and the test class. I don't see another class in your folder from the screen capture. If there is one that's only in your org, then you need to add it to your project. Once you do that, Eclipse should recognize it and associate it with your test class.

See comments above. Known issues w/ later versions of (34+) of plugin. I have reverted back to Force.com ide v33 running on Eclipse Mars2 and seems to be doing what I need. @cropredy thanks for the insight.

Not the answer you're looking for? Browse other questions tagged apex unit-test eclipse force.com-ide or ask your own question.