I understand the following:

Our environment's current setup is Admin and Executive as siblings at the top with Executive having several children, grandchildren, etc. We have also setup our sharing rules so that every record owned by a user in any role is shared with every user in any other role.

We have a custom report type displaying opportunities with a custom relationship. I'm trying to assist with building a report for a user and noticing some of the records (owned by an Admin) are not displaying for the user. This results in records a user can view - through all means: list views, layouts, apis - not being displayed in a report.

I want the user to be able to view the records even though they are outside of their role hierarchy. Does this mean we need to rebuild our hierarchy with 1 role at the top? If so, should our hierarchy be 1 role because we don't want to prevent users from running reports with data owned by users above them in the hierarchy, or are users allowed to go to parent hierarchies by clicking through the Role Hierarchy on the report?

I always assumed reports using Role Hierarchy respected sharing rules - this concept makes sense to me because if a user has access to view the record, there is no reason to exclude it from a report. I also noticed using the standard activities report and saving the role hierarchy at the top in a split hierarchy like ours, I can view activities created by users outside of the admin hierarchy. Again, I would assume this would translate to the custom report types.

As an admin, I run my report. I've added a filter for a specific opportunity ID to make it easier to identify for this example. I am set at the top of our Hierarchy Admin. 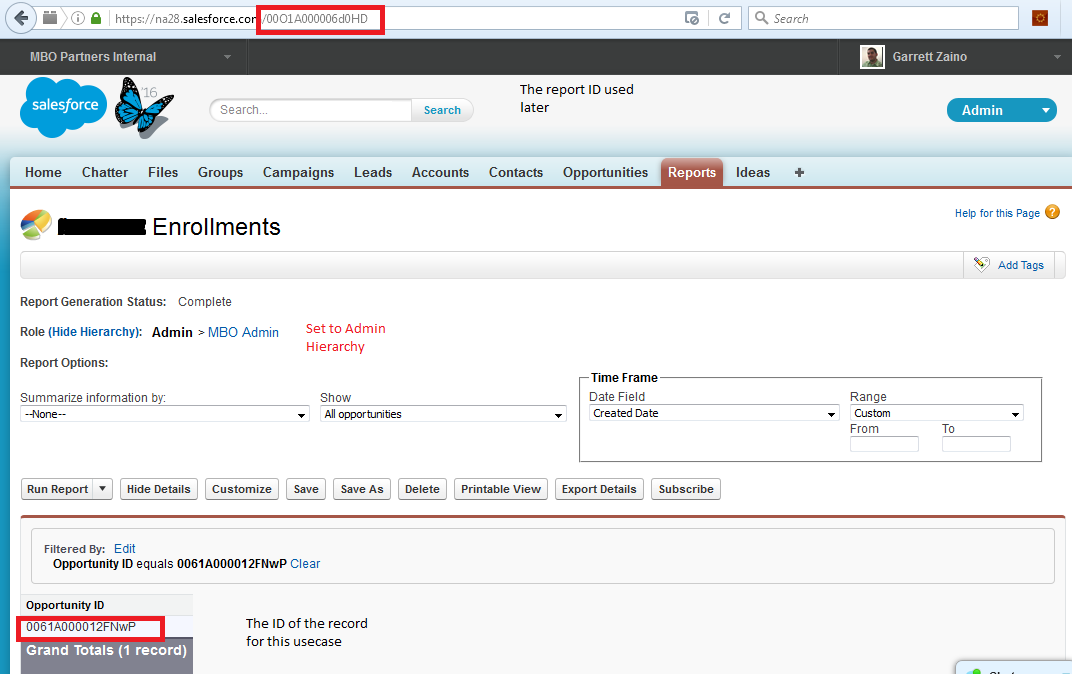 I then look at that specific records Sharing Settings. I've highlighted the record ID as well as the user I'm going to login as. 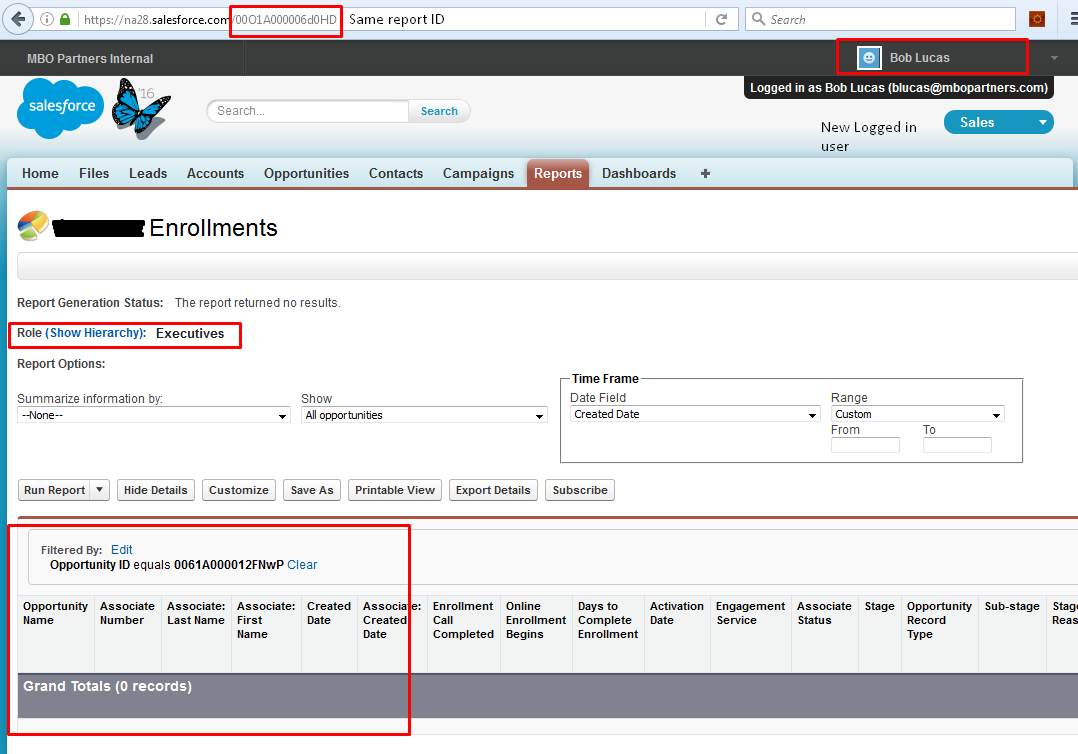 Finally, as the user, I go to the specific record. You'll notice the record is visible. Also, the field Associate is visible - this is a custom field and why we made the custom report. We wanted to display information from this parent record on the opportunity report. 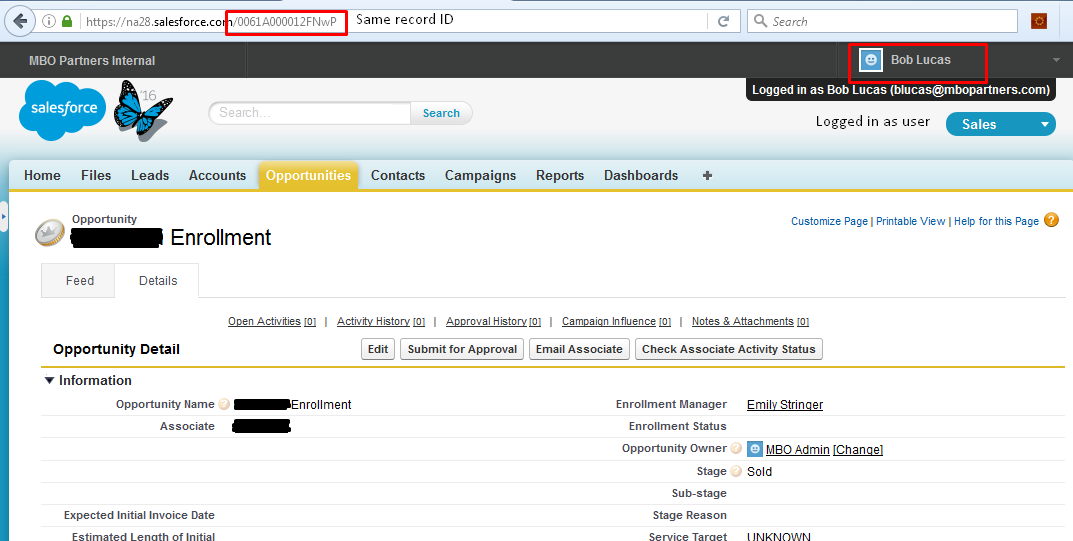 It would seem that Custom Report Types drilled down to the Users Role DO NOT respect the sharing rules ADDING records that the role would not normally see with the Hierarchy alone...

It seems counter intuitive but if it is drilled down to a Role then it may make sense to only show record for that role and not all visible records....

Either way an answer in the Idea shows how to resolve it:

Salesforce Tier3 support and they've explained that you can solve this by creating a "Global" role that sits above all other roles in the system, and then save your custom reports set with "Global" as the hierarchy level. That means that sharing rules will not be "overridden" by hierarchy

Not the answer you're looking for? Browse other questions tagged custom-report-type role-hierarchy sharing-rule visibility or ask your own question.