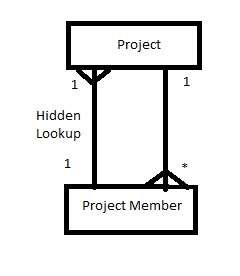 Let me know, if it is ok to use circular lookup reference in such scenario? Because it gives us below advantage :

Salesforce won't have any issue supporting this architecture. It is fairly common to have a child record with special significance, especially with team member setups. You could create a circular reference, but you would be unlikely to do so on accident. For example, the following would break if you went past ten lookups.

Not the answer you're looking for? Browse other questions tagged lookup relationships reference or ask your own question.